Rewrite the rules of the UK’s private pension system


Two-thirds of the financial wealth of British households is saved for private pensions. Yet the UK pension system is highly inefficient.

On a conservative estimate, if the UK system matched best practice in the Netherlands, Canada or Denmark, for the same pension payments British savers could expect a reliable income in retirement that is 30 per cent higher than they will currently receive.

But there is good news. In the past, the structures used in those three countries were not possible in the UK. This is changing and should, over time, provide a unique opportunity to improve private pension provision dramatically in Britain.

Let’s probe where that 30 per cent uplift comes from. It starts by asking the question: “What is the purpose of a pension?”

Most pension savers will say it is an income which lasts them from the time they retire until the time they die. So the central question in a pension system is how to find the most effective way to provide a lifetime income.

The answer to that has to do with design. Most private sector pensions in the UK today aren’t really pensions. Known as defined contribution (DC) plans, they are tax advantaged savings which pay a cash sum when you retire.

You can buy an annuity with that money, which will give a lifetime income. But the terms and conditions necessary to make annuities safe, combined with low interest rates, mean they are very expensive.

An annuity typically invests in very safe, very low-interest bonds, the insurer has to set aside reserves in case its calculations are wrong (it needs to make a profit) and so the saver gets a poor pension, which often has no protection against inflation. Furthermore, the cost of an annuity varies a lot over time, which makes it difficult to plan your retirement.

As a result, many people prefer to draw down from their pot of savings and invest it more appropriately. If they do, and they have a low-cost fund manager, and they know they will die at average life expectancy, they will have an income in retirement much higher than the annuity. A 2 per cent higher return each year will give them a pension income that is about 20 per cent higher; 3 per cent would make it 30 per cent higher. 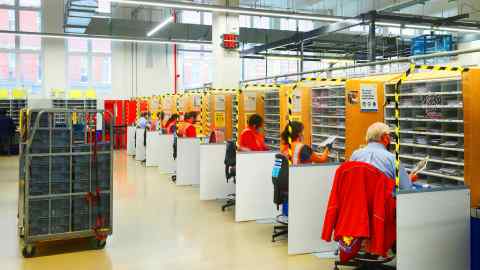 The problem is that since people do not know when they will die, they don’t know how much they can afford to draw down each year, so drawdown doesn’t provide an effective income for life.

This is solved if people can save into and draw down from a common pot, a collective defined contribution (CDC) plan. Because although we don’t know when any individual will die, we can estimate the average lifespan, and pay benefits on that basis.

CDC has several advantages and, according to studies, some commissioned by the government, others undertaken by leading universities, actuaries and think tanks, by sharing “longevity risk” over a lifetime and investing sensibly, it will provide an income 30-40 per cent higher than DC schemes.

The key point is this. CDC is designed cost effectively to ensure that people do not run out of money if they live to an old age. The scale of the benefit is vast. According to the Office for National Statistics, about £3tn in capital has been set aside by pension savers. A 30 per cent uptick in productivity would have a capital value of nearly £1tn.

Until this year, however, collective pension saving was not allowed in the UK unless payments were guaranteed by the employer sponsoring the pension plan. With little publicity, and with full cross-party support, that has now changed, and the final legislation was passed in August allowing individual employers to establish CDC pensions. Royal Mail will be the first to avail itself of the opportunity. Its plan will serve over 100,000 people.

The next step is for other employers to adopt the model Royal Mail is using and for politicians and regulators to allow it to be provided for multiple employers. Again, and with full cross-party support, that is exactly what the government is proposing, with a consultation on multiemployer pensions beginning later this year.

CDC will take many years to bear fruit . . . But the foundations being laid today should be of profound interest to any chief executive who wants to get value for the pension to which their company is contributing

But let’s be careful. CDC has big advantages, but it also has downsides which need to be managed. One very significant one is that pensions in payment may have to be reduced if there is a financial crisis. In the Netherlands, pensions were reduced on average by 2 per cent following the global financial crisis. So good communication is vital — as is good governance and regulation.

The benefits of CDC will take many years to bear fruit, since by their nature pensions last for decades. But the foundations being laid today should be of profound interest to any chief executive, finance or HR director who wants to get value for the pension to which their company is contributing. They should be of even more interest to trade unionists and to workforce representatives who want to ensure a decent retirement for their members.

Guy Opperman, the pensions minister, has declared that CDC pensions could “transform the UK pensions landscape and deliver better retirement outcomes for millions of pension savers”. If companies and workers take advantage of the new rules, they can indeed do precisely that.

David Pitt-Watson is co-chair of the CDC Forum of the Royal Society for Arts. Hari Mann, fellow co-chair, contributed to this article.