Workers struggling to make ends meet are being urged not to quit pension saving to preserve cash as they risk losing out on thousands of pounds in regular retirement income.

The warning from pension experts came as research found more employees are putting retirement saving on ice to help manage their finances in the cost of living crisis.

One in 20 UK adults in a study said they had stopped their monthly company pension contributions in response to cost pressures. A further 6 per cent of the 2,000 respondents to the survey by Canada Life, a pension provider, said they were considering pausing their pension saving, while a further 9 per cent might consider doing so in the future.

“With economists expecting inflation to peak in double digits later this year, the squeeze on the nation’s finances will only get worse.”

Canada Life said opting out temporarily could leave a saver with thousands of pounds less in retirement.

Its modelling found that a 40-year-old earning £50,000 a year who paused pension contributions of 8 per cent for one year would have about £15,000 less in their pension by the time they retired at 67.

The findings of the survey conducted in April were echoed by other providers. Standard Life, one the UK’s largest pension companies, reported that three-quarters of its clients expected to cut back on their spending or saving in response to the cost of living crisis.

The Standard Life research, conducted in May and involving around 2,600 customers, found that if they had to cut down on expenses, 15 per cent of respondents would put less money into savings accounts and 6 per cent would reduce their pension contributions.

“Consumers have had to contend with a lot so far this year, and since April alone we have seen the increase to the energy price cap, higher national insurance contributions, as well as inflation recently reaching 9.1 per cent,” said Jenny Holt, managing director for customer savings and investments at Standard Life.

“This is of course taking its toll on people’s finances, with many having to cut back on spending and saving as a result.” 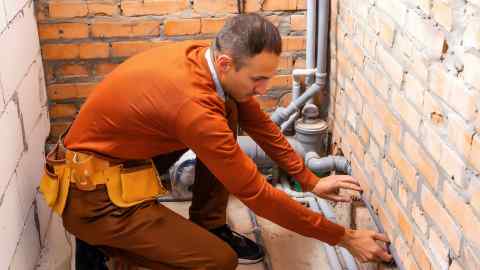 Experts said that while it was understandable people were looking for ways to manage their household finances, they should think very carefully before halting their monthly pension payments.

One of the most obvious impacts for those opting out of a workplace pension is the loss of the employer contribution, a minimum of 3 per cent of pensionable pay, for auto-enrolled workers. Over time, employers contributions can bolster a pension pot as savings grow.

“Opting out of a pension, even temporarily, can prove costly in the long run,” said Claire Trott, divisional director of retirement planning at St James’s Place, the wealth management group.

“If an employee is using salary sacrifice to make their pension contributions then they will be also be saving on national insurance as well as tax. So when you take this into account, along with the loss of the employer pension contribution, stopping pension saving could more be costly than first assumed.”