How to close the pensions gap for the self-employed


It is now a decade since the introduction of automatic enrolment into workplace pension schemes, prompted by diminishing private sector defined benefit pension provision and declining private pension saving.

It is a policy success, though contributions remain inadequate. Today, almost 90 per cent of employees who are eligible (aged between 22 and 67, and earning over £10,000 per year) for automatic enrolment are participating. So are just under 40 per cent of ineligible employees — people who aren’t automatically enrolled, but choose to join. That makes some 72 per cent of all employees.

But automatic enrolment excludes the self-employed. This needs to be addressed — and fast.

A pandemic-induced reduction in headcount, to 4.3mn, is now reversing, and the self-employed continue to make a significant contribution to the economy.

Today, most of the self-employed are not saving for retirement. Fewer than 16 per cent are contributing to an independent private pension — down from 48 per cent in 1998. Meanwhile, only some 18 per cent participate in any form of workplace scheme, a proportion that is also in long-term decline. Perhaps more worrying is the decline in other non-housing related saving by the working-age self-employed, down from over 80 per cent in 1998 as a share of their total saving to 50 per cent today. 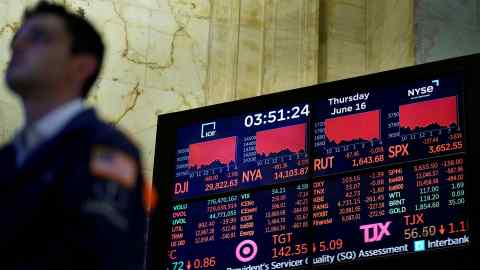 A minority will, no doubt, realise value from their businesses, some have workplace pensions from previous employment, and others hope to rely on equity in their homes to fund their retirement. But, clearly, many of today’s self-employed — perhaps millions — will experience poverty in later life, and inevitably fall back on the state.

They will probably be joined by many others in the gig economy, who are not classed as self-employed. This is not a new concern; successive governments, irrespective of political hue, have unsuccessfully wrestled with the issue.

The Department for Work and Pensions is trialling financial digital platforms to test technology-based nudges in making transactions easier. Also, HM Revenue & Customs has been trialling the use of the self-assessment tax system to facilitate pension saving by the self-employed.

But these initiatives fail to address the fundamental issue: many people, particularly among the young, have no empathy for the inflexible pension savings product (offering no access before 55), its mind-numbing complexity and impenetrable jargon.

Also, few people understand pensions’ income tax relief: rather than incentivising people to save, it merely rewards those who do. In 2019-20 it cost a staggering £41.3bn. A further £19.7bn went on national insurance relief on employer contributions — which does not, of course, benefit the self-employed.

The success of automatic enrolment shows that harnessing inertia works; individuals are “in”, unless they proactively opt out. So, while yesterday’s recommendation from the All-Party Parliamentary Group (APPG) for Financial Resilience to introduce automatic enrolment for the self-employed is welcomed, its focus on pension products is not. The pension framework’s rigidity is unappealing, tax relief is an ineffective incentive and there is no employer contribution to motivate the self-employed. So, what to do?

The opportunity to be creative arises because the self-employed enjoy access to the same state benefits as the employed, including the state pension. But those with annual profits exceeding £11,908 pay 3 percentage points less in class 4 national insurance contributions (NICs) than employees’ class 1 NICs.

Here’s my suggestion: payers of class 4 NICs should be defaulted not into a pension pot but into a Self-employed Isa, or a Sisa, as we might call it, with a minimum 3 per cent contribution requirement based on automatic enrolment’s qualifying earnings band.

But those who opt out would see an additional 3 per cent added to their NICs payments to HMRC. So, save it or lose it.

On top of this, self-employed Isa contributions should receive a bonus of perhaps 100 per cent on the first £500 saved, and 50 per cent thereafter, capped at £1,000, say. I estimate this would cost less than £2bn annually.

While public spending is very tight, this is worth doing given self-employed people’s huge role in the economy. It is fundamentally unfair that they are prevented from accessing the same pension benefits as employed workers.

Moreover, the move could easily be financed by reducing NICs relief on employer contributions, which amounted to £20bn last year. It is right that companies — and ultimately their shareholders — should bear these costs because it removes an unfair advantage currently passed on to their employees.

Also, as NICs relief is invisible to employees it does not incentivise saving, whereas redeploying some of it as highly visible bonuses would surely encourage the self-employed to save — and leave up to £15bn in the Treasury.

Any contributions made after the age of 50 should perhaps be locked in for at least 10 years — with allied bonuses. This would ensure a commitment to saving in return for the bonuses.

Another feature to consider is whether to permit other pre-60 withdrawals, subject to a 20 per cent charge, which would be economically identical to losing the initial 25 per cent bonuses. Penalty-free ready access to savings would encourage more people to save more.

It would be crucial to emphasise the personal nature of the self-employed Isa. It should bear the saver’s name to ensure they feel in control.

The self-employed Isa should be incorporated within the automatic enrolment legislative framework, with the same consumer protections as with workplace pension products.

Given the cost of living crisis, it is a tough time to promote saving, but the combination of a default structure, the opt-out penalty, bonuses, flexible access and personalisation makes for an attractive proposition.

Having implemented a rise in NICs rates from April, the government has already crossed the Rubicon in respect of the 2019 manifesto guarantee ruling out tax rises. It should now not balk at increasing employers’ NIC cost to help finance much-needed retirement saving for the self-employed.