Why we need to make pensions interesting


A public service announcement. Not everything is awful. Numbers out this week from the Department for Work and Pensions suggest that in one area at least, the future is unexpectedly bright.

Before the introduction of pension auto-enrolment (AE), only around half of UK employees had a workplace pension — and that number was very heavily skewed towards the public sector, where defined benefit pensions were and still are offered as a matter of course. Today, thanks to our general phobia of forms (you have to do some admin to opt out of an AE scheme) the vast majority of those in work have workplace pensions.

Of those who are offered them, 88 per cent take them (or do nothing about rejecting them) with even the cohort historically least interested in pensions, 22-29-year-olds, participating at a rate of 86 per cent. Overall, 20mn workers saved nearly £115bn into workplace pensions last year — up a nice £2.9bn from 2020 and fairly evenly split between the public and private sector.

That £115bn might not still be intact, as much of it will have gone into global stock markets, but it should be in for the long term. Either way, it adds up to real money.

Public sector pensions are still very much better than private ones, and I suspect always will be, but private sector employees do at least now have something. The average pot size of those who responded to a survey by broker Interactive Investor was just over £85,000. Lest anyone should think this isn’t very good news, it is worth looking back a bit.

In the early 1960s there was much complaint about how little information on pensions was collected at all. There was no register of funds or flows into funds — just a series of best guesses from the odd expert. In a 1961 article in The Stock Exchange Journal, George Ross Goobey estimated that the total value of all pension fund assets was about £2.5bn and reckoned that number was growing by some £250mn a year — £3.7bn in today’s money.

Compare that with today’s numbers and we should feel pretty good about the £60bn or so saved by private sector employees last year.

Still, let us not wallow too much in positivity. We are not used to it. The system is far from perfect as it has various nasty distortions embedded in it.

The lifetime allowance (LTA) penalises those who invest well (though this may be less of a problem in 2022 than it was thought to be in 2021). 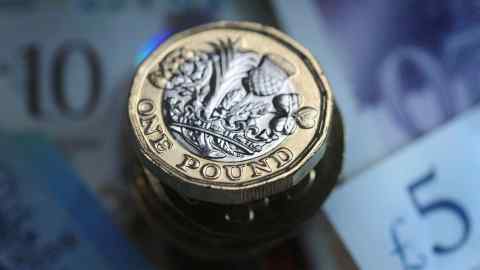 The annual allowance system is a nightmare for anyone with erratic levels of income and is entirely unnecessary given that we are clearly stuck with the LTA anyway.

The ability to take 25 per cent of your pension savings tax free from the age of 55 makes no sense. That’s partly because without the tax disincentive, people often do take 25 per cent, seeing it as a “short-term consumption opportunity”, says the DWP. Later, they rather wish they had not. But it is also because it is bizarrely unprogressive.

Everyone remotely engaged with the subject worries that attempts to solve the shortcomings of the current system will bring change and complication (which gives them a reason to disengage). But these niggles are nothing compared to a core problem: that those “engaged” with their pensions are few in number.

We know the price of a gallon of petrol and a pint of milk. But the price of the product we intend to rely on to support us for 20-plus years of retirement? Not a clue

The Financial Lives 2020 survey from the Financial Conduct Authority showed that nearly 60 per cent of those over the age of 45 had “put little or no thought” into how they would manage their retirement financially. Nearly 40 per cent did not understand the options they would be able to choose from when they eventually did retire.

An Interactive Investor report this year showed similarly low levels of interest. 48 per cent of those asked had no idea how much was in their pension; 77 per cent had no idea what their providers charged them.

In an age of rolling cost of living crises, we know the price of a gallon of petrol and a pint of milk. But the price of the product we intend to rely on to support us for 20-plus years of retirement? Not a clue. Nearly two-thirds (65 per cent) also told the Interactive survey that they don’t know what assets their pensions are invested in; 86 per cent could not name a single fund they hold.

The government is working on making pension statements simpler; the long-awaited pensions dashboard may arrive next year; and it is looking at how savers figure out their options in the run-up to retirement. But in the meantime, given that one in five of us is now over 65, the onus is partly on us to try a bit harder and partly — well, mostly — on the big pension fund managers to produce content that is not just clear but also interesting.

Having an impressively effective workplace pension system is a good thing. Having one that pension savers can be bothered to engage with would be better.

Merryn Somerset Webb is editor-in-chief of MoneyWeek. The views expressed are personal. merryn@ft.com

FT survey: How are you handling higher inflation?

We are exploring the impact of rising living costs on people around the world and want to hear from readers about what you are doing to combat costs. Tell us via a short survey.