There aren’t many things Britain is truly “great” at these days. Yet there’s one part of the fast-moving fintech economy where the UK is the undisputed world leader.

Unfortunately, it is fraud.

Criminals scammed UK banking customers out of a record £1.3bn in 2021, according to figures released this week by UK Finance.

The UK is experiencing an “epidemic of fraud”, the trade body says, warning that “collaborative action” between financial firms, internet giants and telecoms companies is the only way authorities stand a chance of regaining control.

You may not be surprised by these figures. Over 40mn UK adults have been targeted by scammers so far this year — that’s around three-quarters of the population. Spotting dodgy messages before you click on them could be our national sport.

And fraud is proving to be a particular blind spot for the current government. After being swindled out of billions via fraudulent loan applications at the height of the pandemic, the prime minister was recently accused of airbrushing fraud from the crime figures.

Fraud accounted for 39 per cent of all crime in 2020-21, according to the Office for National Statistics. And it gets worse. Globally, the UK has the worst overall problem with online fraud relative to its size.

Why? An English-speaking population, wide adoption of online banking and our faster payments system are the “holy trinity” for organised criminal gangs, who can rapidly route stolen cash across international borders. This makes it harder and more resource intensive for the UK’s myriad crime-fighting agencies to catch up with them.

As the pandemic pushed even more of our day-to-day lives online, it has become much easier for these tech-savvy criminals to target the weakest link in the chain — human beings.

According to UK Finance, banking customers were tricked into authorising some £583mn worth of payments in 2021 — a whopping 39 per cent increase on the previous year. Yet I fear the 2022 figures could turn out to be even worse when you add the cost of living crisis into the mix.

Emotional manipulation is the scammers’ chief money extraction tool; fear and greed are top of their playbook. As millions of Brits struggle to stay on top of their finances, or seek better returns on cash savings, the opportunities to exploit the desperate are sadly increasing.

In 2021, investment fraud was one of the biggest drivers of the spike in “authorised” payments, accounting for nearly one-third of total losses, with the promise of high returns enticing potential victims.

UK Finance says the scammers are well aware of how pension freedoms have given the over-55s access to huge sums of money. Add to this an estimated “advice gap” of 13mn people unable or unwilling to pay for financial advice, and you have a sitting target.

The average loss per victim of investment fraud last year was more than £14,000. These scams typically originate from cold calls, but also involve fake online ads promising high returns on fictitious investments, cloned websites, approaches on social media and even old-fashioned letters through the post.

In all cases, the “opportunity” is time limited, and victims will be put under pressure to act fast or lose out. Sometimes victims are persuaded to put more money in after seeing a “return” on their initial investment.

The other huge rise was impersonation scams. Ironically, these often rely on our fears of falling victim to online fraudsters.

In 2021, some £137mn was lost to scams where criminals posing as bank staff or police convinced customers to transfer money to so-called “safe accounts” — up 51 per cent in a year.

A further £77mn was lost to scammers posing as employees from utility companies, HM Revenue & Customs, the NHS or other official bodies using the threat of fictitious fines or outstanding debts to extract payments.

You might think you’d be too smart to fall for this, but UK Finance warns that criminals research their targets, using information gathered from social media profiles, data breaches and previous scams.

That’s right — those fake text messages urging us to register for energy help schemes, get money off our shopping or pay for missed parcel deliveries give criminals enough data to gain our trust — then clean us out.

To give banks and card companies some credit, the combination of algorithms and ingenuity (such as the Banking Protocol initiative between police and frontline banking staff) meant they managed to detect and prevent some £1.4bn of fraud last year.

UK Finance believes the economic crime bill announced in the Queen’s Speech could help, too, by giving banks the ability to “slow down some faster payments” if fraud is suspected.

But how the banks treat victims of crime leaves a lot to be desired. Most signed up to a “no fault” code in 2019 pledging to refund the “innocent victims” of fraud — a judgment call some seem incapable of making.

Of the £583mn lost to authorised fraud last year, some £271mn — 46 per cent — has been reimbursed to victims under the code.

If your bank knocks you back, consumers can escalate complaints to the Financial Ombudsman Service, which this week reported a 20 per cent annual increase in such cases.

Currently, the ombudsman is over-ruling banks’ decisions not to refund in around 75 per cent of cases — an unacceptably high number — but the huge backlog of fraud causes means it takes nine months for it to get to complaints.

The Financial Conduct Authority’s “consumer duty” and beefing up of payments legislation could help in the future. But why should banks be the only ones on the hook for fraud losses? 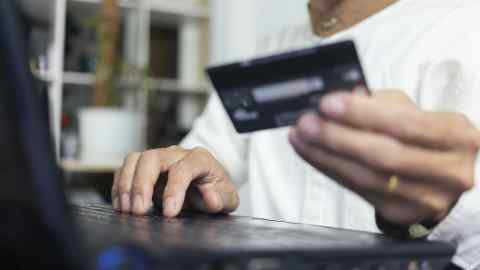 “Major online platforms — search engines, social media and shopping sites — are the gateway to almost all online activity and they must provide a barrier to fraud and not a conduit,” says Katy Worobec, managing director of economic crime at UK Finance.

The upcoming online safety bill will impose a legal duty on the biggest platforms to police fake ads, but until social media sites are forced to share the huge cost of compensating victims, I doubt this will have much impact.

Other campaign groups, including the Social Market Foundation, make a powerful case for reforming how fraud is tackled and increasing police resources.

Yet Mark Shelford, the lead police commissioner for economic and cyber crime, recently told the FT the most cost-effective way of fighting fraud was through education. He has a point.

I’m not talking about the increasingly arse-covering messages that banking apps display when you transfer cash, but a proper public awareness campaign like the FCA’s brilliant PPI reclaim advertisements featuring Arnold Schwarzenegger.

If Arnie can’t terminate the scammers, then I don’t know who can. And the social media platforms and search engines should be forced to run the ads for free.