BHP has announced plans to tackle biodiversity loss, in a move that the world’s biggest mining company hopes will put it ahead of rivals in the race to secure the best mineral deposits in the shift to clean energy.

The Australian company is seeking to place 30 per cent of the land and water it owns, leases or manages under conservation, restoration or regenerative practices by 2030.

The biodiversity goal is part of a wider “social value” scorecard published on Tuesday that includes plans for a revised strategy on indigenous relations and full adherence to a programme on combating sexual assault and harassment in 2023. These will operate alongside BHP’s existing decarbonisation targets. The company expects to spend $4bn by the end of the decade to reduce emissions.

“The scrutiny of our industry continues to be high and the expectations on us are also high,” said BHP’s chief external affairs officer Caroline Cox. “We want to ensure we are meeting those expectations, but in doing so it means we have access to the best talent and access to opportunities, different resource pools and markets.”

Mining companies need the support of host nations and local communities to secure access to mineral resources. The prize for the industry is potentially huge, with demand for metals and minerals set to increase sharply as the world shifts to cleaner forms of energy and transportation.

In the past, miners believed generating tax receipts for the government and employment was enough to secure a “licence to operate”. But against a backdrop of growing activism and scrutiny, the industry increasingly must also be able to show that it can mine sustainably and make a positive contribution to society.

BHP’s rival Rio Tinto caused an international outcry in 2020 when it destroyed an ancient aboriginal rock shelter in Western Australia to make way for the expansion of a mine, while a damning parliamentary report published last week found sexual harassment at mining camps in Western Australia was “generally accepted or overlooked”.

Daniel Litvin, senior partner of Critical Resource, a group that helps companies assess environmental, governance and other risks, said the mining industry needed to get its “social house in order” if it was serious about playing a leading role in the energy transition.

“To succeed in doing that, companies need to take serious steps to address the current level of distrust among many communities and governments,” he said.

Tuesday’s targets build on a commitment made by BHP three years ago to add social value assessment to its decision-making process and the business plans of all its assets.

It also comes as biodiversity rises on the political agenda, with the EU pushing for legally binding targets to cut the use of pesticides and improve natural ecosystems.

BHP’s previous commitments have only extended to no net loss of biodiversity and zero significant environmental events within the operational footprint of its operations. It now wants to halt or reverse nature loss in 30 per cent of the 6mn hectares of land it controls by the end of the decade. 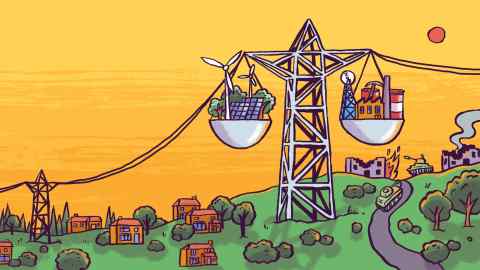 “To put that in perspective, it’s 2mn hectares, half the size of Switzerland,” said Cox.

Progress towards its targets, which have been approved by the board, will be disclosed each year in BHP’s annual report, while the new Indigenous Peoples Policy Statement and Strategy will be released by June 2023. Social value is already linked to executive and company-wide remuneration at BHP.

“Like most organisations, we have a process for any significant investment decision of any kind of project,” Cox said. “Now, whenever a project of an investment is being considered, social value is part of that consideration along with the technical viability and the financial factors.”

Busting the myths about credit scores

Volvo dips in to Europe’s ‘seized up’ bond markets

What Are Security Clearances and Who Is Allowed to Have Them?