Banks are boosting interest paid to savers following this month’s rise in official lending rates, taking the best deal for three-year bank deposits to 3 per cent for the first time in almost a decade.

Following last week’s increase in the Bank of England base rate, smaller lenders that generally lead the market have jacked up the rates paid to savers, with the Buckinghamshire Building Society raising the annual interest on its three-year fixed-rate bond to 3 per cent, according to data from rates monitors Savings Champion and Moneyfacts.

The 0.6 percentage-point increase — much bigger than the Bank of England’s 0.25 percentage-point rise — comes as rivals also lifted rates on everything from easy-access accounts to five-year deposits.

Deposit-takers have this week taken the top rates paid on two-year deposits to a shade below 3 per cent, with Allica Bank offering 2.96 per cent and DF Capital 2.95 per cent.

On easy-access accounts, Savings Champion’s market leader is Virgin Money, which lifted its rates on its M Plus Saver Account to 1.56 per cent, ahead of the BoE move.

Smaller lenders are expected to keep raising rates with the BoE predicted to lift the official rate further as it fights inflation, which this week hit 9.1 per cent, the highest rate of price growth in 40 years. The BoE itself has forecast inflation to reach 11 per cent later this year, suggesting that further base rate rises are all but inevitable. 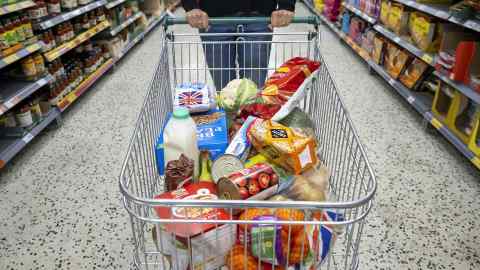 After five consecutive increases to 1.25 per cent, the official rate is far short of rates in the bond market, which are widely seen as important indicators. The rate on the 10-year gilt, or government bond, stands at 2.55 per cent.

“The expectation is that rates will rise further,” said Anna Bowes, co-founder of Savings Champion. “Inflation is not transitory. It will not just go away.”

Bowes said providers of three-year deposits last offered 3 per cent or more in early 2013 and two-year deposits in late 2012. That excludes the special case of the 4 per cent pensioner bonds offered in 2015 by NS&I, the government’s savings vehicle, which were limited to people aged 65 and over.

Notable laggards in raising rates now are the high street banks, which dominate the market. Barclays pays just 0.01 per cent on most easy-access accounts except for deposits of £50,000 and more, on which it offers 0.1 per cent.

With cash pouring into deposits, the big lenders have little incentive to raise their borrowing costs. According to BoE data, cash savings have risen £278bn since the beginning of the pandemic to £1.7tn in cash accounts — including £265bn paying zero interest.

Bowes said it is up to savers to take action by switching to smaller lenders, where the funds carry the same official guarantees against default as on the high street. When all rates were very low, people said “I can’t be bothered,” she said. “But there will be a tipping point when people see how easily they can make more money.”

Also, with rising inflation, savers are losing much more money on deposits in real terms than they did before prices started soaring. Research by Legal & General, the investment group, found that 52 per cent of all cash savers do not know what impact inflation will have on the real value of their savings.

“It’s important people take the time to understand the impact of inflation increases and consider where they keep their money,” said Bernie Hickman, L&G chief executive of retail.

Investment advisers encourage savers with sufficient funds to invest in securities, principally equities. But they also urge savers to keep enough in cash for at least three months’ household spending — often for a year or more.

Many Britons have much less than that in the bank, so have little choice but to watch the value of their savings decline. The Office for National Statistics found household savings (including securities as well as cash) averaged a hefty £76,300 per home in 2020. But the figure is heavily skewed by the assets of wealthier people. The average household — the median — has just £12,500 in all forms of savings.

How Can We Improve Social Security And Economic Security In The United States? NASI Offers Food For Thought