Poverty rates among 65-year-olds in Britain doubled following an increase in the state pension age, according to an analysis by a leading think-tank, leading to calls for the government to rethink future rises.

The subsequent reduction in the benefits bill – and increase in tax revenues from 9 per cent of 65 year olds staying in work longer – led to a £4.9bn annual boost to the Treasury coffers according to the Institute for Fiscal Studies analysis, published on Monday.

But the reform also led to a sharp rise in older households living below the poverty line, particularly those not in paid work, the research found.

Absolute income poverty levels, after housing costs, for 65-year-olds rose by 14 percentage points, or nearly 100,000 people, to reach 24 per cent by late 2020, according to the report.

The less well-educated, renters and single people were hardest hit, with poverty rates among these groups increasing by more than 20 percentage points.

The analysis comes as the government considers whether to push ahead with faster increases in the state pension age, against a backdrop of an ageing population.

The state pension age is already set to increase for men and women to 67 between 2026 and 2028, while an independent review of the pension age is considering whether a scheduled increase to 68 should be brought forward by seven years to 2037-39.

The increase in the state pension age pushed down the net income of 65-year-olds by an average of £108 per week, accounting for all forms of income, including state pensions, earnings, other benefits, private pensions and investment incomes.

“These statistics are shocking,” said Emily Andrews, deputy director for work at the Centre for Ageing Better, which funded the IFS research. “The severity of this situation means it is crucial the government gets serious on improving access to work for people in their 60s.”

“The scale of increased poverty caused by the rise in state pension starting age is further evidence that the blunt cost-saving tool of increasing state pension age is creating increased social injustice,” she said.

She added: “There needs to be more flexibility in state pension to allow for poor health.” 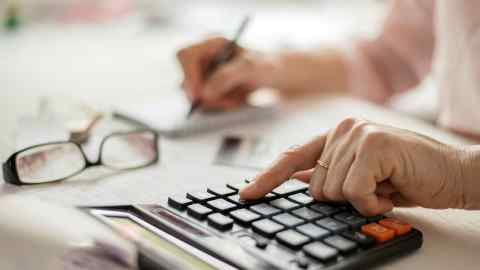 The Department for Work and Pensions said it provided a strong welfare safety net, which includes universal credit, for those who could not work approaching pension age. It added that it understood people were struggling with rising prices and had “acted to protect millions of the most vulnerable through at least £1,200 of direct payments this year”.

“Increasing the state pension age is a coherent government response to increases in life expectancy at older ages and the resulting pressures on the public finances,” said Laurence O’Brien, a research economist at the IFS and an author of the report. “But it does weaken household budgets.”

Rich People’s Problems: Should I keep my Aga cooker switched off?