For Taylor Wilson, the founder of Greenstone Wealth Management in northern Iowa, the artificial intelligence aspect of Vise’s platform was an easy sell.

Wilson, a solo practitioner with almost 50 clients and just under $12 million in assets under management, first began working with Vise in 2019 after he joined the XY Planning Network following a stint with Edward Jones.

“When I left Edward Jones, I was very comfortable with financial planning,” said Wilson, who has his CFP designation. “Most of the investment management however was managed by the back office [at Jones] and I was worried about day-to-day asset management.”

Enter Vise, the artificial intelligence-powered platform for advisors that announced three enhancements to its technology this week, focused on its tax management and cash management features as well as changes to advisors’ ability to tilt portfolios toward factor exposure.

“The features that attracted me to Vise initially were the actual customized portfolios you can build for clients in real time and soon discovered the built-in tax loss harvesting features,” he said.

Wilson said his core clientele of current or former Winnebago Industries (yes, the well-known RV brand) workers who have been good savers over their careers and need help with their 401(k) accounts and to come up with a solid financial plan for the future aligns perfectly with his use of Vise. The company’s platform was built to help advisors serving mass affluent clients to create personalized portfolios that go beyond use of just mutual funds or ETFs to include individual securities, all in a single managed account.

“It never sleeps, basically you are getting a two-for-one deal, a flesh and blood advisor for the takeoffs and landings but the AI when you are cruising at X thousand feet—it is going to constantly watch for you—something I can’t do is monitor around the clock for dozens of clients,” Wilson said, a message that resonates with both clients and prospects.

Among the enhancements, Wilson said the improved cash management was one of his favorites and important for clients that are drawing down on their portfolios in retirement. 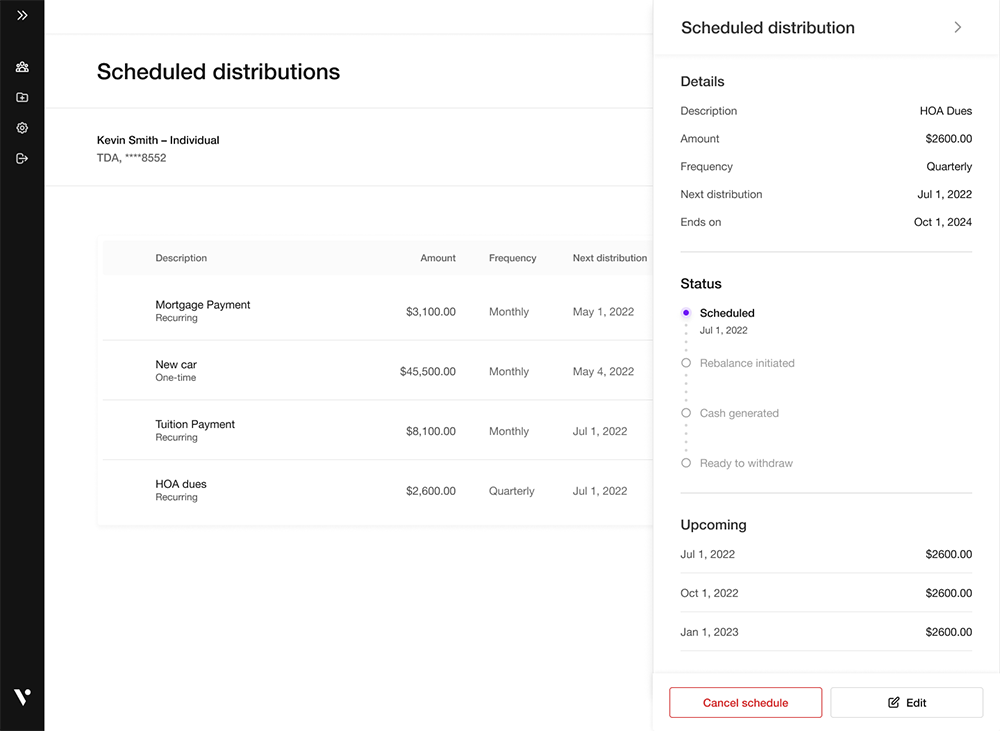 “The AI knows you need $1,000 a month and is going to monitor all the positions and it is going to liquidate them in a tax-advantaged way,” he said.

The nuts and bolts of this include the platform initiating a “move money request” through TD Ameritrade Institutional, his primary custodian (Schwab is his other).

In addition, he found the improvements to the tax loss harvesting technology helpful as well. 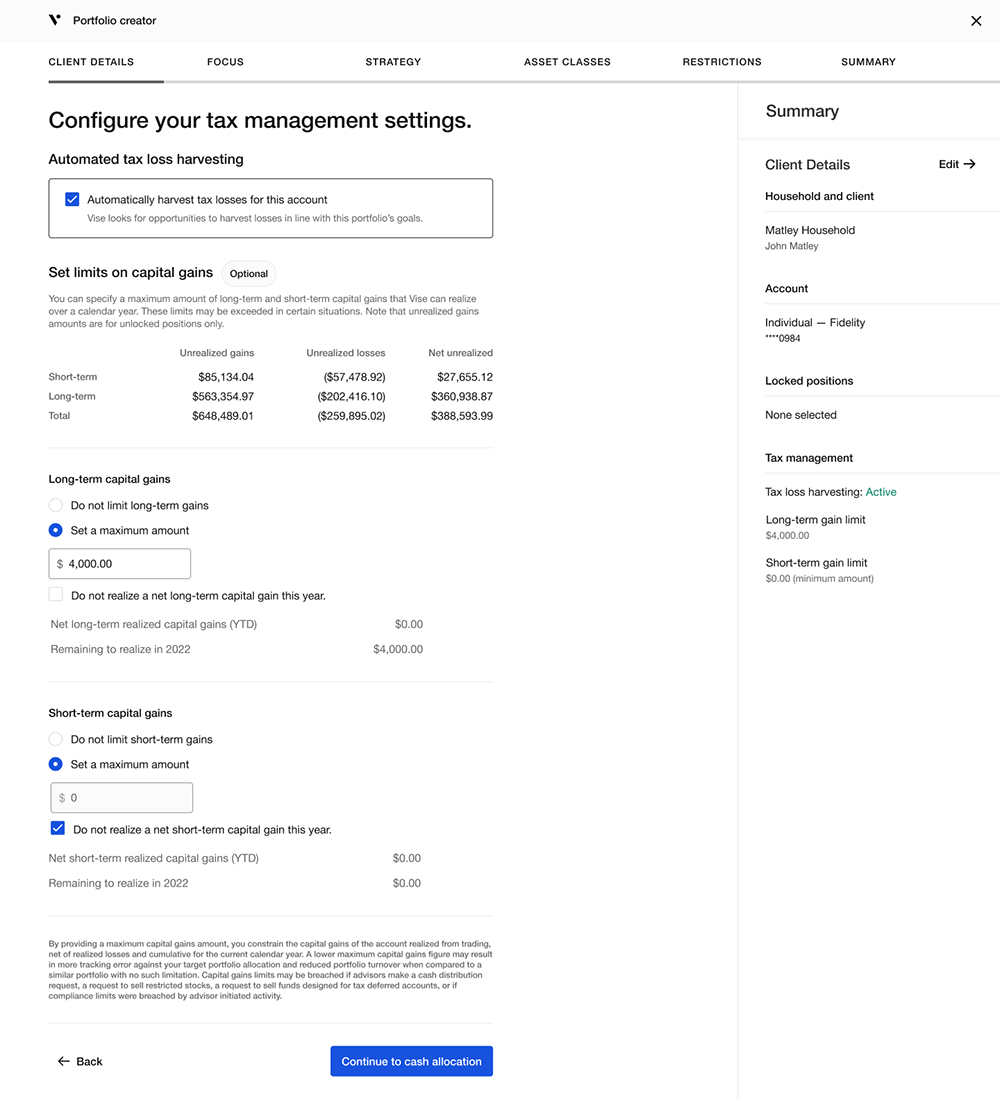 “They [Vise] aren’t just trading, you get an email saying its done and you get a detailed report about what is bought and sold but a new feature I really like is that you can set how many gains and losses you want a client to have for a given year, and this allows you to more easily collaborate with a client’s CPA if you are not doing their tax preparation yourself,” said Wilson.

Vise co-founder and CEO Samir Vasavada said the new enhancements were all about continuing the firm’s mission of adding as much automation to an advisor’s life as possible and offloading tasks that used to be manual.

“In volatile times like these where you are probably getting many calls from worried clients every day and you are having to explain the situation while at the same time tactically managing all their strategies—with us the latter is all automated allowing you to talk to the client and tell the story but the AI is managing these changes and adjustments, whether tactical tax loss harvesting or systematic cash distributions,” Vasavada said.

Vise was founded in 2016 by Vasavada and Runik Mehrotra and has now raised $128 million over four rounds from investors including Sequoia, Ribbit Capital, and Founders Fund. According to its latest Form ADV, filed in March, it manages $362 million across more than 2500 client accounts.

The firm has seen its ups and downs over the last year, having cut two dozen staff, mostly among its sales team, lost $197 million in AUM, and seen some key executives depart, as reported by Citywire.

Despite this, Vasavada said the firm is in solid financial shape with more than $80 million in operating capital, giving it a few years of runway to continue developing its technology and that several of the executive departures had been replaced with new hires.

Elder Abuse In The U.S. : Does Awareness Matter?

$1.1B WhatsApp Fine a ‘Shot Across The Bow’ to Advisory Firms