Jack of beanstalk fame is sometimes overlooked in British fairy story books, which tend to be dominated by tales from the Brothers Grimm of Germany and Perrault of France. Jack was a decidedly British hero from the west country who ventured into alien lands and battled giants.

They are not to be confused with Jacks-of-all-trades. These groups are smallish, specialist precision engineers that make instruments that control, measure and monitor anything from water to noxious substances.

They compete with conglomerates such as ABB and Siemens in Europe to Danaher of the US, as well as smaller rivals, producing actuators, regulators and sensors that are must-haves in industries from pharmaceuticals to oil and gas.

And while Renishaw, Spirax Sarco or Halma or their smaller fellows such as Rotork, Spectris or AB Dynamics are hardly household names, they form the bedrock of many a canny investor’s portfolio.

Or they did until recently. Shares in the sector have wobbled this year, on fears about economic growth, the war in Ukraine and supply chain strains. Could this be a rare chance to buy good stocks at low prices?

These groups have certainly stood the test of time: Spectris traces its origins back to 1915. I reckon it, and its fellow Jacks, can continue to stay the course, and make money for shareholders for years to come.

I am not alone. These are “GDP-plus” businesses — companies that analysts expect to grow faster than overall gross domestic product, raking in fat margins, generating cash and dividends while lifting revenues by between 5 and 10 per cent a year.

That premium performance tends to command a rich price. The European capital goods sector’s enterprise value (debt plus equity) is about 14 times next year’s earnings before interest, tax, depreciation and amortisation, or ebitda. Halma’s and Spirax Sarco’s enterprise value is more than 30 times ebitda. 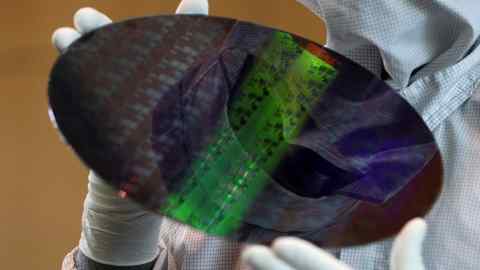 Philips says that is not that expensive in the global context. And some are cheaper than others. Shares in Gloucestershire-based Renishaw are down close to a third in a year after its octogenarian founders, owning half the company, tried and failed to sell it.

Rotork, Spectris and AB Dynamics have been weak too, even though they are further through their own management transitions. New management has been in place for a couple of years, reshaping and retooling the businesses for future growth.

Take AB Dynamics. The Aim-quoted titch, which was set up in 1982, makes driving robots to test safety in autonomous vehicles and machines that minimise noise in electric cars. AB Dynamics’ shares have taken a bashing amid worries about a slowdown in the car industry, falling well over 40 per cent in a year and valuing the business at £300mn. The share price — once a heady 40 times expected earnings in 2019 — is now nearer 26 times. Its enterprise value is about 14 times ebitda.

Some of its woes are self-inflicted. It wrote off about £3mn in 2020 after a stock revaluation by the new management team. James Routh, the chief executive since 2018, tells FT Money that the move underlines a need to “professionalise” the company and invest “or stop growing”. He bought a Singapore business that makes real-world evaluations of vehicles, created a new engineering design centre in the company’s home town of Bradford-on-Avon and launched ABD Solutions to find new uses for its knowhow. This includes retrofitting autonomous driving systems into mining industry trucks.

The opportunity is immense, enthuses Routh. He believes AB Dynamics is at an inflection point and operating margins are set to rise above 20 per cent. Ebitda is expected to touch nearly £13mn this year against £10.8mn last year.

Rotork, a much bigger business, is also worth a look. The company, which was set up in Bath in the 1950s by Jeremy Fry, scion of a British chocolate maker, makes actuators used to control industrial gases and liquids, as well as water and wastewater treatment. Despite the efforts of its newish management team to revitalise the company, its shares are off a fifth in 12 months on concerns about its exposure to oil and gas (half of revenues), supply chain hiccups and exposure to Russia and Ukraine.

Last month, the group also said it was having to manage “significant labour cost increases”. Still, analysts are pencilling in at least a 10 per cent rise in revenues and earnings this year and next, with operating margins expected to return to 20 per cent plus.

Then there is Spectris, which began by making seaplanes and now makes simulators for the auto industry, oxygen sensors for ventilators and instruments for measuring industrial gases and air quality. Andrew Heath, Spectris’s chief executive since 2019, has been pivoting the portfolio towards higher-quality, less capital-intensive businesses, selling lower-margin arms such as Omega in April to focus on the likes of Malvern Panalytical, which supplies laboratory analysis equipment.

However, its shares are down nearly a fifth in a year. Shareholders balked in February when it emerged, as Russia invaded Ukraine, that Spectris was in talks to buy Oxford Instruments, best known for its super magnets in MRI machines. The $2.4bn deal would have turned the company’s cash balance into close to £1bn in debt. “It was the right deal but the wrong time,” says Heath, sounding a tad frustrated. He’s probably right — Jacks must invest if they are to keep ahead of the Giants. But just now, he might be better off with the cash in the bank given the global economic outlook.

British engineers have lost their way before. Alfred Herbert, once the UK largest machine tool maker, is a cautionary tale. After a century at the top of its game, it failed in 1982.

Still, the likes of Rotork and AB Dynamics are riding the wave of safety regulation and industrial megatrends of electrification, automation and sustainability. Their products are highly specialised and critical to helping customers improve efficiency, lessen waste and maintain safety. They control niche markets that have high barriers to entry, earn high operating margins and are better protected than most industrials from the cyclical realities of recession and inflation. “People don’t swap out on price on safety applications,” points out Philips of Peel Hunt.

In April, Spectris reiterated ambitions to rebuild margins to above 18 per cent while announcing a £300mn share buyback. The shares look cheap: Spectris trades at close to 10 times trailing earnings.

Investors — or potential acquirers — should think more kindly of Spectris and its fellow Jacks. Exchanging a cow for a handful of beans seemed like a bad trade for the storybook Jack until it turned out the beans were magic and enabled him to retrieve a golden-egg laying hen.

Stripe vs. Plaid, IP litigation, what VCs really think about the downturn – TechCrunch

What the energy efficiency drive means for UK property rentals