Can I invest to avoid an inheritance tax bill?


I have recently inherited a modest amount of money from an elderly relative. As I am getting on myself, I am worried that on top of my other assets, even though these are not significant, I might end up paying inheritance tax on this little nest egg. A friend has said I should think about investing in a certain type of shares which might be exempt from inheritance tax. Can you advise?

Mike Hodges, tax partner at Saffery Champness, says that while you haven’t mentioned any figures, presumably when combined with your existing assets your recent inheritance may take you over the inheritance tax nil-rate band of £325,000 and, if you are entitled to it, the additional residence nil-rate band of £175,000. Also, if you are married and your spouse doesn’t use their allowances, these effectively double up to a potential £1mn and this applies even if they have died.

The freezing of thresholds — now confirmed until at least 2026 — and rising house prices mean that many more estates run the risk of tipping over into a tax liability. For those with existing assets and who may, like you, now be inheriting assets, it certainly makes sense to plan ahead and there are options available to invest with inheritance tax in mind, in particular with shares in the Alternative Investment Market (Aim).

Aim is typically the market for small and medium-sized companies which have high growth potential but which may be riskier than established main-market businesses. You need to ensure you are comfortable with this before taking the plunge.

The attraction for many investors is that some Aim shares can benefit from 100 per cent business property relief (BPR) from inheritance tax. Also, because of the way the rules work, such shares are free from capital gains tax in your estate.

However, there are certain conditions that apply for an investment to qualify for BPR. First, BPR only applies, broadly, to trading companies. An investment would not be eligible if the business consists wholly or mainly of dealing in securities, stocks or shares, land or buildings, or if the business makes or holds investments (though holding companies of trading groups are generally accepted).

Second, there is a qualifying period. You need to hold the shares for two years before death for the shares to qualify for BPR. Forward planning is therefore essential. 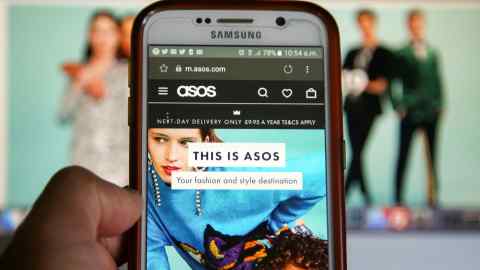 These two factors bring with them certain risks. HM Revenue & Customs does not provide a list of Aim companies whose shares qualify and which do not. In practice, the position will only be finally determined when your executors claim the relief. While in many cases the situation may be relatively clear, there will be some companies where it is harder to tell from what is in the public arena that their shares qualify for BPR.

There are investment advisers who construct portfolios designed to qualify for BPR. It may be advisable to seek one of these rather than taking on the task of picking individual qualifying shares yourself.

Also, a note of caution. BPR was conceived with the policy objective of helping prevent family businesses from being broken up to fund a large IHT bill. The value of the relief for this purpose, and the support it has provided to Aim-listed businesses, has been noted by government. But there are questions over whether Aim shares are really within the policy objective of the relief. Recent comments from the Office of Tax Simplification (OTS) have left these questions hanging and reform is never off the table.

In the meantime, the golden rule is not to let the tax tail wag the investment dog. Investing in the markets, Aim or main, always brings with it risks — which could eradicate any inheritance tax saving you are hoping for.

How can we fight family row over loan?

My estranged brother-in-law is resident in the Netherlands and has had a chequered business past. My wife and I have had no contact with him for many years but he has now commenced action in the UK courts, laying claim to half the value of our London house, on the basis of a loan he made when she and I bought the house 25 years ago. That loan was repaid by my wife three years later out of her inheritance. Unfortunately, both the loan and the repayment were verbally agreed and nothing was put in writing. Is this a spurious claim? It’s a sizeable property and there are several million pounds at stake.

Prateek Swaika, partner and solicitor advocate at Boies Schiller Flexner, says litigation such as this can be expensive and stressful, not least because it involves family members. No doubt you must both be very anxious.

Your brother-in-law appears to believe that due to the sums he lent you he has an equitable interest in the value of the property under a resulting or constructive trust. Which one it is will depend on a number of factors such as how the money was paid, to whom and how it was used.

To succeed, he would need to prove a mutual intention for him to share in the beneficial interest in the property. You will need prove that there was no such common intention and the money paid was simply a loan, which has long since been repaid in full.

The surrounding documentary and factual evidence will be instrumental to the case even though you note that the loan and the repayment were verbally agreed. The challenge with verbal agreements is proving the substance of the conversation and the specific date and time when they took place.

You should check whether statements documenting the payments in and out are available from your bank, which would help prove that the sum was a loan and was repaid.

Statements from you and your wife setting out what was discussed with your brother-in-law would also assist, as would other contemporaneous evidence such as letters or notes to third parties that refer to the loan and agreement and statements from friends or family with whom you may have discussed the verbal agreement or loan at the time.

You should also review the evidence on which he relies in his pre-action correspondence and claim to establish the common intention. He is obliged by the court’s rules to explain the basis on which his claim is made, provide a summary of the facts, and how the amount he wants from you is calculated. The court can sanction him or stay the claim until he does so.

If you and your wife are resident in England, your brother-in-law can bring a claim against you in the English court. It is irrelevant for the purposes of the English court’s jurisdiction over this claim that he is based in the Netherlands.

However, as the dispute relates to a payment made several years ago, the court possibly lacks jurisdiction to decide the claim as it is time-barred. This will depend on a closer analysis of the facts. In the absence of fraud, an action by a beneficiary to recover trust property is time-barred after six years from when the claim arose. Here it is arguably the date you first refused his claim over a share of the property.

Given the complexity of the issues, you should seek legal advice, ideally before completing the court form in which you formally acknowledge service of the proceedings on you so that you can consider whether to resist the English court’s jurisdiction to determine this claim. You should also review your home insurance policy to check whether it includes legal expenses cover.

The opinions in this column are intended for general information purposes only and should not be used as a substitute for professional advice. The Financial Times Ltd and the authors are not responsible for any direct or indirect result arising from any reliance placed on replies, including any loss, and exclude liability to the full extent.

Do you have a financial dilemma that you’d like FT Money’s team of professional experts to look into? Email your problem in confidence to money@ft.com