Vanguard’s special ETF patent expires next year. Does it matter?

Visit our ETF Hub for investor news and education, market updates and analysis and easy-to-use tools to help you select the right ETFs.

More than two decades ago — before fund companies began converting mutual funds into ETFs and US regulators streamlined the ETF approval process — Vanguard executives had an idea.

Rather than launch ETFs as a standalone vehicle, they decided to work on packaging them within a mutual fund. The idea led the firm in 2001 to debut the first ETF share class of a mutual fund.

Vanguard now has 70 ETF share class vehicles and has held the patent protection for its invention for the past two decades.

But that protection expires in May 2023, possibly opening the door to other managers adopting the same structure.

This article was previously published by Ignites, a title owned by the FT Group.

“Our current patent protection requires other firms to receive permission to license the multiple share structure,” a Vanguard spokesperson said. “Once it expires, firms no longer need to obtain permission from Vanguard.

However, he added that ETF providers would still need to request exemptive relief from the Securities and Exchange Commission to launch such a structure.

Altogether, Vanguard’s US ETFs held $2tn in assets as of February 28, while their corresponding mutual fund shares held $2.9tn, according to Morningstar Direct data. The firm is the second-largest ETF provider, behind BlackRock.

George “Gus” Sauter, who was Vanguard’s chief investment officer from 2003 until he retired in 2012, spearheaded the creation of the ETF share class.

“I started thinking, if we had a share class of the funds that traded on the exchange, then likely the people with a shorter time horizon would migrate to that share class,” Sauter said. “And if they decided they needed to get out of the market, they could sell off their stock in that share class, as opposed to trying to come out of the traditional mutual fund share class.”

In the late 1990s Sauter, along with Walter Lenhard, Vanguard’s former head of equity index product management, began working internally and with regulators to look at ways to add an ETF share class to the firm’s mutual funds.

After securing the SEC’s blessing, Vanguard rolled out the first such share class in May 2001 (for the Total Stock Market Fund). As of February, the ETF share class accounted for 21 per cent of the fund’s $1.3tn in assets.

“There may be some [competing] firms that are intrigued by the structure because it is straightforward,” he said. The process is the same as what’s required to bring any standalone ETF to market. The only difference is that it requires exemptive relief from the SEC to make the offering a mutual fund share class, he noted.

Competitors that have launched certain types of ETFs for the first time have “jumped through a tremendous number of hoops that are far less straightforward than this and don’t provide all the same advantages”, he added.

One popular option for mutual fund shops that want to start or expand their ETF line-up is to launch ETFs with strategies that are nearly identical to those in existing mutual funds, said Robert Tull, president of Procure Holdings. But such clone ETFs do not have the benefit of carrying over performance records and may struggle to get on some platforms, he added.

Alternatively, the mutual fund-to-ETF conversion mechanism has been used at managers such as Dimensional Fund Advisors. The process allows the newly created ETFs to retain the underlying fund’s performance history, but it can require operational hurdles such as receiving shareholder approval and merger agreements. 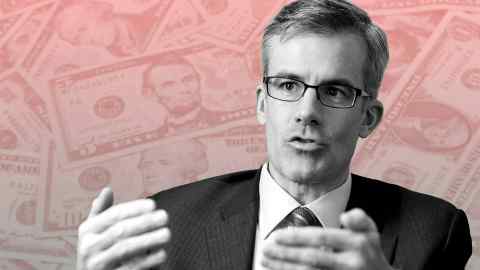 FactSet data to the end of February show there had been a total of 20 mutual fund conversions. Guinness Atkinson converted the first two — the SmartETFs Asia Pacific Dividend Builder and SmartETFs Dividend Builder ETFs — in March 2021.

Jeff Tjornehoj, director of fund insights at Broadridge, said the industry was unlikely to see a wave of ETF share classes after Vanguard’s patent expires in part because the offering might not be well suited for actively managed funds.

None of Vanguard’s actively managed funds hold an ETF share class. The company’s exemptive relief from the SEC solely applies to index funds.

In 2015, USAA explored adding the ETF share class to two actively managed fixed-income funds. The company inked a deal to license the creation process from Vanguard for an undisclosed price, said Paul Fulmer, who served on the team that launched USAA’s ETFs.

“We ended up not doing it,” Fulmer said last month. At the time, USAA was fairly new to fund distribution and had not launched any ETFs. Plus, nobody else had licensed the share class, he noted.

USAA eventually scrapped the share class idea and launched its first ETFs in 2017 as standalone products.

“The share class strategy has big opportunities: You’re launching with an existing fund with an existing track record, so from a marketing perspective that’s clearly an advantage,” Fulmer said, but he pointed out that the structure was not covered by the so-called ETF rule.

Under the ETF rule, sponsors are not required to seek exemptive relief to launch certain types of strategies. ETF share classes are not included in that bucket.

“Each firm will have to look at it very closely themselves,” Fulmer said.

*Ignites is a news service published by FT Specialist for professionals working in the asset management industry. It covers everything from new product launches to regulations and industry trends. Trials and subscriptions are available at ignites.com.