Over the past few weeks the Ukraine crisis has thrust crypto assets into the spotlight amid fears they could be used as a conduit for avoiding the sanctions imposed by the west on Russia.

Western governments, including the US, UK and EU member states, have tightened rules to try to ensure crypto does not become a weak spot for illicit finance. And rightly so, as the Russian authorities have already grasped crypto’s potential, with an announcement that they would take payment on crypto for exported oil and gas.

The war is accelerating sector reforms that were already well in train to clamp down on the widespread application of crypto for payments on the dark net — the secretive internet used by criminals, including people extracting ransom over computer attacks.

Around the world, authorities are steadily drawing crypto under traditional anti money laundering and counter-terrorism financing laws. These rules generally require companies handling crypto to seek authorisation and abide by strict regulations on the source of client funds.

In principle this is all good. As a representative of the UK crypto industry, I can say we welcome effective rules that prevent wrongdoing and protect customers, especially retail clients, from unscrupulous operators.

But the regulations should also allow for the development of this revolutionary sector so that the UK can take its rightful place as a global hub for fin tech, with everything that this involves, including more high-paid jobs and increased tax revenues.

Unfortunately, UK regulators are implementing their rules in such a heavy-handed way that they risk squashing the industry’s prospects. And far from increasing consumer protection, they may be unwittingly increasing the danger of predatory behaviour by driving crypto companies offshore into jurisdictions with little or no regulation.

The Financial Conduct Authority was granted powers in 2017 to regulate cryptoasset businesses intending to trade in the UK, and require companies to register with the FCA before starting. The registration process, started in January 2020, was concluded only at the end of last month.

Why has a particularly straightforward regime taken over two years to be put in place?

To say this has not been a smooth process would be an understatement. The FCA received more than 200 applications, three times greater than it anticipated. On top of this, the problems were compounded by Covid restrictions, which prohibited physical site visits, stretched resources due to the pandemic and a lack of understanding as to new technology and business models involved in crypto.

However, delays do not lie solely with the regulator. The FCA quoted common weaknesses in areas such as the concentration of risk among employees, where one employee conducts a number of key roles, in effect “double hatting”. The FCA has also highlighted the need for enhanced due diligence and transaction monitoring.

This is unsurprising in a new innovative industry where many applicants are small and medium-sized businesses which do not have the capabilities of a large financial institution, for example, when conducting customer due diligence and transaction monitoring.

However, even when all this is taken into account, it is unprecedented in FCA history that 80 per cent of the applicants for a particular authorisation withdrew their bids after more than two years’ work, thousands of billable hours from the law firms supporting their applications and dozens of calls with the FCA. It’s little short of shocking to say that 160 firms were deemed by the FCA not to meet the requirements.

The industry is perplexed that eight out of 10 applications did not meet the benchmark. What exactly is this high bar the FCA has set? Has the approach been consistent and transparent? Will any of the reasons for requests from the regulators for a firm voluntarily to withdraw be made public and so help future applicants know exactly what is required?

How is it that 12 firms that were on a temporary register have been fully authorised by the FCA to trade for the foreseeable future, while the rejected 160 will have to cease trading immediately or relocate offshore? This looks arbitrary. Many in the industry believe it shows a lack of a fair and consistent approach. It bodes ill for the future.

The FCA needs to take another look at what it’s doing both in terms of approving more firms now and setting out fairer, more effective rules for future applicants. It needs to cover not just principles but implementation. We need transparent rules. We also need to raise the number and quality of regulatory staff working on crypto.

We know this is hard. By definition, finding and developing experienced people in this new sector takes time. But let’s be clear, overly tight and arbitrary decisions will drive the industry offshore, as is happening now with some of the firms rejected by the FCA. When these companies sell into the UK, as they intend to, consumer protection declines. And efforts to build a world-class fin tech hub suffer. 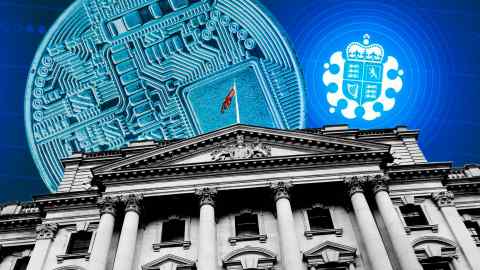 This week, John Glen, economic secretary to the Treasury, announced government plans to make the UK a global cryptoasset technology hub, which were largely well received by the crypto sector. They include an update on bringing stablecoins into UK payments regulation, further regulation, increased industry engagement and a proposal for the Royal Mint to issue a non-fungible token (NFT) later this year. A rather intriguing idea — will this be a digital representation of a commemorative coin for the Queen’s platinum jubilee?

Both the crypto “savvy” and the “crypto newbie” await change with scepticism and with interest. However, some fear the government may just be grandstanding. We don’t need lip service; we need a regulator who is ready and willing to ensure innovative firms know they are welcome in the UK.

Ian Taylor is executive director of CryptoUK, the trade association

For the latest news and views on fintech from the FT’s network of correspondents around the world, sign up to our weekly newsletter #fintechFT

Punishing start to the year for ESG investment

How Paying Off Your Student Loans Could Increase Your Retirement Benefits