Stilt, which started its life as a provider of financial services for immigrants, has raised $14 million in Series A funding led by Link Ventures as it expands its focus to include a B2B offering.

In addition to the equity raise, the San Francisco-based fintech said it has also closed on a new $100 million debt facility for lending to its loan customers, bringing its total raised to $375 million in equity and debt financing since its 2015 inception.

The capital raises coincide with the company’s launch of Onbo, which it describes as a “credit-as-a-service” product “that allows any business to build and offer a credit product, without needing a bank sponsor in the background.” It also comes on the heels of a 4x increase in annual recurring revenue in 2021, the company said, although it declined to reveal hard revenue figures.

Notably, the new product represents an expansion for Stilt from having a strictly consumer focus to include a B2B offering that could grow to be an even larger source of revenue, said co-founder and CEO Rohit Mittal.

“This market itself is almost, if not more than,100x bigger than our first product,” he told TechCrunch. “It has a core infrastructure piece to it.  We become the layer on top of which all these companies can launch products.”

Since Stilt has state lending licenses and an existing compliance framework, it says it is able to help companies develop their own credit offerings while it manages “all the complexity of origination, payments and credit reporting” for them. It also can provide them with debt capital of up to $1 million.

A pilot program has been in place with several startup customers. But starting today, Stilt said, any fintech or digital bank that wants to offer credit building tools, revolving lines of credit or personal loans to its customers could do so using its API-powered product. By using a single API, according to Mittal, a financial services company could be “up and running with just a few short lines of code in as little as two weeks.”

“We’ve spent five years at Stilt getting state lending licenses, building our credit stack, and refining our risk models,” Mittal. “Now we’re opening this entire stack for others to build their own innovative credit products in just a few short weeks. This is the quickest way we can think of to democratize loans and credit building across the board.”

Founded by immigrants on visas, Y Combinator-backed Stilt says it has lent to people from more than 150 countries around the world.

“The core idea started with wanting to help international students get access to higher-quality and affordable credit,” Mittal said. “I went to Columbia University and I could not rent an apartment due to not having credit so I had to sleep on someone’s couch for weeks. Every landlord was asking me for my credit history or for a co-signer.”

There are other fintechs focused on serving immigrant populations, including Welcome Tech, TomoCredit and Houston-based Fair — all of which raised venture dollars in the past year.

Mittal believes that Stilt’s differentiator is that “not many of the other immigrant-focused startups give access to loans.” 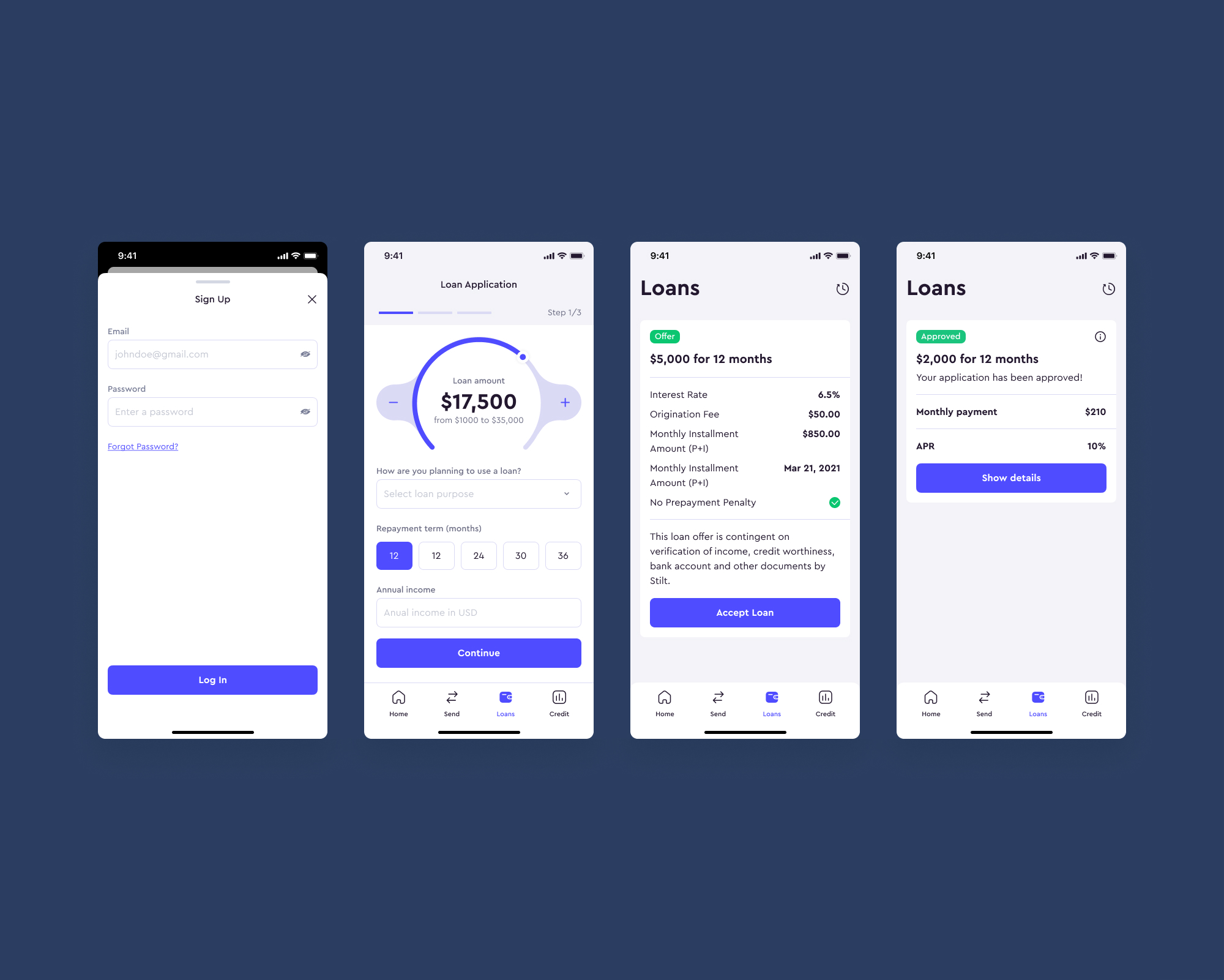 The company plans to use its new capital to grow its team of 30 and increase the pace of product development with the goal of launching new products and adding new features to existing ones in the coming months. It also will invest in broader marketing efforts.

Link Ventures’ managing director Lisa Dolan said her firm was drawn to “the team’s deep understanding of credit infrastructure and the greater mission of enabling credit to those who are worthy of credit but forgotten by traditional finance.”

“We saw many companies focused on this mission but few who had the understanding of credit infrastructure and acquisition like this team,” she added. “We see several neobanks for every demographic and players offering lending products with alternative data. All play a role in this mission. We think Stilt is a great player in this ecosystem given its credit infrastructure.”