Nigerian payments company Flutterwave has raised $250mn, giving it a $3bn valuation and making it the most valuable start-up in Africa as international investors bet on the continent’s fintech scene.

Flutterwave has been at the forefront of a group of companies that have made Lagos the hottest fintech ecosystem in Africa, as investors seek to tap into a severely underserved market of 200mn Nigerians, tens of millions of whom lack bank accounts.

Olugbenga Agboola, chief executive, said the flood of money pouring into African start-ups shows that “people now realise the fact that Africa is ‘the next billion’ continent” — referring to the population of people least connected to the internet.

The Lagos-based company, founded in 2016, is now the biggest payments start-up on the continent. It has processed 200mn transactions worth more than $16bn in 34 African countries.

Agboola said Flutterwave would use the funds to expand beyond Africa to other emerging markets including those in Latin America, and to economies linked to the continent such as the US, UK, United Arab Emirates and Canada.

“Africa does not exist in isolation,” he said. These places “are connected to Africa — for example, an African business exporting to the US does not have to go to the US and use somebody else, they can use Flutterwave”.

The fundraising comes amid a wave of investment in start-ups targeting Africa’s unbanked population and the payments system that will undergird a mobile-first financial system. More than half of Africans lack a bank account, the highest percentage in the world, according to the World Bank. 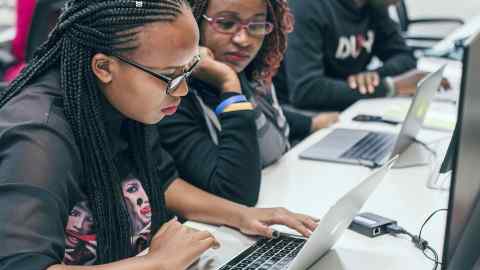 While Nigeria’s banks allow for easy digital payments, more than 90 per cent of transactions are still performed in cash, providing a huge opportunity for new entrants.

Flutterwave has been in the vanguard alongside fellow unicorn Interswitch, Nigeria’s first payments processing company, which raised $200mn from Visa in 2019; and Paystack, which was acquired by Stripe, one of Silicon Valley’s most valuable private companies, for $200mn in 2020.

Agboola, who is Nigerian, is among 30 mostly Scandinavian tech executives, including the founders of Klarna, Skype and Delivery Hero, who launched a $200mn venture capital fund aimed at finding the next African unicorns.

Emerging market debt: high yields could climb even higher yet