The Financial Conduct Authority this week published a ruling which revealed that it had in December instructed the app to delete all of its paid-for influencer posts “across all social media platforms” within 24 hours.

Freetrade complied with the instructions and the ban on using influencers as a mean of promotion remains in place.

The two posts which prompted the FCA to intervene were created by an unnamed influencer followed by more than 64,000 people on TikTok. She was sponsored by Freetrade and published some videos that promoted Freetrade.

One video, which Freetrade said it did not approve prior to publication, broke FCA rules by not including a “capital at risk” warning.

The other included the warning, but fell foul of FCA rules because the influencer referred broadly in her content to her success in reducing personal debt. The FCA said this could give consumers the “misleading” impression that investing with Freetrade would help them clear their own debts and make the video particularly attractive to “vulnerable or indebted consumers”.

The ruling comes as regulators try to tackle the online promotion of investment products, especially among young investors.

The FCA is considering revamping its general risk warning system in response to the marketing of high-risk investments.

In its Freetrade ruling, the regulator argued that there was a commercial relationship between the firm and the influencer because some of the influencer’s videos included links to gain a “free share” on Freetrade and mentions of a partnership with Freetrade.

In relation to the missing “capital at risk” warning, the FCA said: “Freetrade did not have appropriate oversight of the influencer’s financial promotion which would have allowed [it] to identify and request the removal of the TikTok video posted.”

The investment platform was “responsible for ensuring the compliance with FCA rules of the influencer’s financial promotions that are relevant to [its] business”, added the regulator. 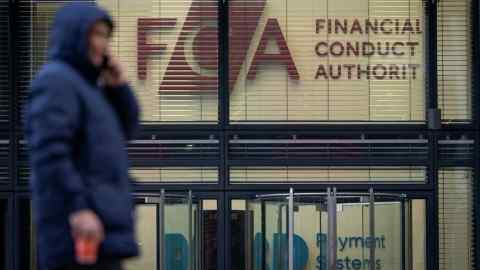 With regard to the other video, paid for and approved by Freetrade, the FCA found that when viewed “in the context of [the influencer’s] profile”, it could give consumers the “misleading” impression that investing with Freetrade would help them clear their debt.

The influencer’s online content includes information about her repaying £38,000 in debt, including paying off £14,000 in 18 weeks.

The FCA said that her story of “clearing her debt” had generated widespread media interest. “Communications through social media platforms can reach a wide audience very rapidly and risk being accessed by vulnerable customers.”

Freetrade said this week: “We are committed to upholding the highest standards, ensuring that we act in the best interests of our customers and treat them fairly.”

Retirement Is Complex And Expensive, But Pensions Have Built-In Advantages