Growth potential in the natural capital of farmland


In July 2000 Country Life ran an editorial headlined “What happens to the farmland that nobody wants?”

Farming, it said, was in crisis. Milk prices were so low that dairy herds were being dispersed and various experts predicted that “within the next couple of years” it was entirely possible that “large areas of the familiar West Country landscape of hedgerows and small fields might be abandoned”.

The same would eventually happen in much of the rest of the country, it said. It was “possible to imagine” that some beef and sheep farming might continue if costs could be slashed. It was also possible to imagine that land in the south with pretty houses on it might be attractive to urban buyers. But elsewhere? No chance.

Land prices in counties such as Lincolnshire, which had long acted as a bellwether for farmland prices nationally, were already falling. It was time for politicians to get thinking about what on earth should happen to land “for which there is no economic use” and which was soon to become “impossible to sell or to let”.

There was a post-Brexit wobble as the UK exited the EU’s Common Agricultural Policy. But prices rose just over 6 per cent last year and are now back to near their £9,000-plus peaks. You can buy land for less, of course: Savills, the estate agent, still shows land classed as “poor livestock” priced at £4,000 an acre. The question is whether you should.

The price of UK land has long been divorced from the yields you actually get from farming. It is as much a function of the subsidy regime and the ability to use it as a way of avoiding inheritance tax as anything else.

Add an overlay of low interest rates; the wind and hydro booms; a fast-rising super-rich sector of the population mad for the status that comes with hobby farming (nothing says “I’m rich” in this decade more than saying “I’m rewilding”); and the pandemic rush to the country and it is perfectly obvious that the price of barley makes no odds to the price of land.

But this might be just the beginning for the nation’s lucky landowners: there’s a new and very deep-pocketed purchaser about — the environmental buyer.

There isn’t a company left in the UK not under pressure to reduce its environmental impact and its path to net zero. Farmland is part of the answer. It is no longer about food production, Savills says. Instead — thanks to the shift in global regulatory accountability for environmental impacts — it “presents a real asset opportunity that is high in ESG values”.

Imagine you own a big office building in London. You want it to be a net zero building. What do you do? You mitigate what you can first, with energy efficiency measures, insulation and so on. But that won’t do the whole job — you are always going to need carbon credits from somewhere.

You could buy in those credits, as most do. But you could also, suggests Etienne Prongué of BNP Paribas Real Estate, build your own. Buy land. Plant trees. Have your own long-term carbon capture scheme and in the process protect your building from any future rise in the price of carbon credits (something of a given) as well as (possibly) giving its price a “green premium” when you come to sell it.

The same goes for pretty much any business looking to cut their net carbon footprint — you can create credits or you can buy in. Tree planting is already pretty popular. It is about as close to a mature sequestration market as we have at the moment — as anyone attempting to buy land in Scotland will have noticed, with prices up 31 per cent in 2021.

But there are less obvious opportunities for landowners, too. There is peat restoration. Peatlands dried out to create grazing land can be restored (perhaps to offset the peat disrupted by the building of wind farms and the like). Farming methods can be changed. “No till” farming keeps carbon in the soil. Switching land from arable to grazing could create carbon negatives as well, since pasture-raised meat farming can be carbon neutral in itself. 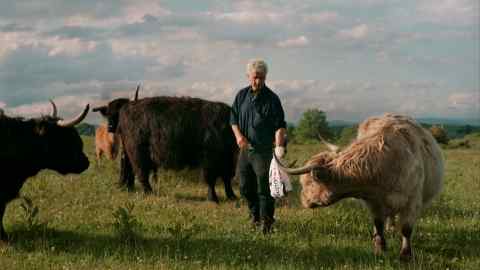 There is also potential in the more general development and protection of what is now known as “natural capital”, which includes everything from water quality to biodiversity.

One example: all developers in the UK now have to demonstrate that they create at least a 10 per cent “net gain” in biodiversity. That’s not easy when you are cramming a pile of ugly, low-quality housing on to a series of minute footprints. So it needs to contract out to landowners who can deliver the goods off-site.

All of this comes with endless regulatory novelty and uncertainty, to say nothing of land user conflicts. But two things are not so uncertain. The first is that one way or another, via a series of marketplaces that facilitate the trade of various environmental credits, the private sector is in the process of creating solutions to every regulatory demand. Look, for example, to BNP’s ClimateSeed platform or EnTrade, a business based in the south-west, which connects businesses needing a little environmental do-goodery with farmers who can sell it to them.

The second is that the emergence of these new income streams adds value to land — and, given that the credits are all about change for the better, in particular to land previously considered poor. That’s why the price of poor quality livestock land rose at more than double the rate of prime arable land last year. It’s also why non-farming buyers took 38 per cent of land sales last year and why institutional and corporate buyers made up 16 per cent of land buyers last year, against a 10-year average of 10 per cent.

Farmland offers something of an alternative for the genuinely environmentally minded. There isn’t much of it. Everyone wants it

“We may start to see a decline in the value of farmland as farmland,” said Country Life, all that time ago. On this at least, they were right.

Everyone wants an ESG overlay on their investments these days. But the gravy train isn’t delivering quite as it was. Last year saw ESG portfolios underperform oil and gas, for example, as the renewable bubble began to deflate and the exuberance disappeared from the low profit tech world. That doesn’t look like a trend that is turning this year.

Farmland offers something of an alternative for the genuinely environmentally minded. There isn’t much of it. Everyone wants it — needs it, even. So prices seem likely to rise — and rise the most on the kind of uninteresting land with no pretty houses on it that Country Life was once so worried about.

But how do you get in? Here’s the tricky bit. You can of course just buy land — though this is not for everyone. There are also various forestry funds you can look at. The recently listed Foresight Sustainable Forestry Company PLC is interesting — it is looking to buy low-quality grazing land in the UK with a view to both growing trees for timber and taking advantage of the emerging carbon/biodiversity market.

Otherwise, there is the Standard Life Investments Property Income Fund. It’s a perfectly good investment as a property income fund but its manager also recently bought 1,447 hectares of upland rough grazing land in the Cairngorms. The plan is to reforest some, use some for peatland restoration and work on biodiversity on the rest. Very ESG.

Just how the money will be made isn’t completely clear, of course, and the land only makes up a tiny bit of the portfolio. But you have to like the way the trust is thinking.