Successful investing requires the ability to spot and avoid fads that can create dangerous bubbles. Global equity markets tend to rise at a higher rate than inflation over time, but bursting bubbles cause sudden losses that may seriously undermine your long-term investment record. So patiently holding high-quality companies for the long haul and avoiding bubbles is a winning strategy.

Some might argue that growing enthusiasm for sustainable investing is one of those dangerous fads. The criticism merits examination.

When the Friends Provident Stewardship unit trust was launched in 1984 one wag dubbed it the “Brazil fund” — not because it attempted to save the rainforest but because you would have to be nuts to invest in it. It was assumed that investing with sustainability in mind would impair returns. Today the reverse is claimed — and perhaps too often.

There are a number of difficult questions to address if you are approaching the 2022 Isa season with a serious commitment to investing sustainably and hoping to help the planet. Let’s begin with returns.

Will it make money?

Last year’s performance was poor at many companies you would expect to benefit most from a transition to a low-carbon world.

Is this a sign that the boom in wind and solar power is not translating into value for shareholders? It may be just that these stocks were correcting — a bubble deflating and a warning to keep an eye on valuations running ahead of reality.

But large-scale government funding of wind and solar may have also played a part, fuelling competition, driving down renewable energy premiums and undermining future profit expectations. Just because a sector is growing is no guarantee that it will generate healthy returns.

We all want a world that is safe to live in when we retire — but we also need to be able to afford to live in it. You do not necessarily need to compromise your values to generate a return, but you may need to look more deeply for rewarding opportunities.

How ‘sustainable’ is an investment?

It is important to understand what we mean by “environmentally sustainable”. It is not always as clear as it might seem, and politicians and policymakers are struggling to offer leadership on this.

In Europe, for instance, each major country has taken a different route on energy policy over the past 50 years. The French get most of their energy from nuclear and note that this is low-carbon, while Germany, which decided to turn off its nuclear reactors following the Fukushima accident in 2011, has a new coalition government, with ministers from the Green Party concerned about nuclear waste. Italy has turned off nuclear power but, as a consequence, burns a lot of gas. 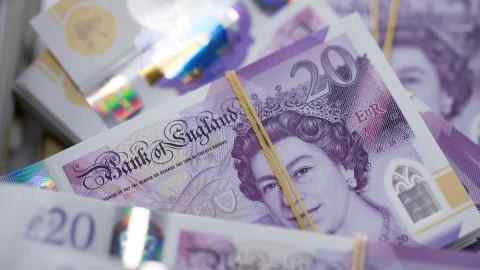 A recent EU paper that described a mix of nuclear, gas and carbon capture as green was condemned by Germany’s environment minister as “absolutely wrong”. Regulators are waiting for governments to agree a taxonomy of sustainable activities so they can offer some guidance and parameters to the investment industry. However, with politicians still arguing, it may be a long wait.

We might look to rating agencies for help instead — but we should do so with a degree of scepticism. The underlying data, though improving, is often poor, and the methodologies of different agencies may surprise you if you examine them closely.

You might have assumed, for instance, that environmental, social and governance scores produced by index provider MSCI incorporate some measure of how much impact a company has on the planet. However, a recent study by Bloomberg shows the scores actually measure the risk the planet poses to a company.

This means, for example, that McDonald’s — which produced 54mn tons of emissions in 2019, an increase of 7 per cent in four years, according to Bloomberg — enjoyed an upgrade from MSCI last year. This was on the grounds that climate change neither poses a risk nor offers opportunities to the fast-food chain; but the business did introduce recycling bins — so that was a tick.

What’s the best way to change the world?

The third question is perhaps the toughest. What should we invest in if we want the world to be a better place and our savings to contribute meaningfully towards positive change?

Funds that rank highly on ESG scoring systems often do so by investing largely in technology stocks. These tend to have low emissions and often score well on other factors, but they may offer little to lead the world to a lower-carbon future — and if you are building a portfolio of “sustainable funds” you should check that you haven’t ended up with a very narrow focus on the same sectors and companies.

The biggest change may come from companies with high emissions investing in technology to reduce them. Cement is responsible for about a quarter of all industrial emissions of carbon dioxide. HeidelbergCement Norcem is building the world’s first large-scale cement plant to incorporate carbon capture technology. Located in Brevik, Norway, it should trap 400,000 tons of CO2 a year. It will cost £1.85bn over 10 years. Companies engaging in this sort of project need capital.

The reduction in carbon emissions per dollar invested in improving a low-quality industrial plant may be much greater than that of finessing a more modern one. But adding to our portfolio a high-emitting company with bold plans to reduce emissions would probably lower our fund’s overall environmental score.

This presents a dilemma to me as a fund manager. Beyond incorporating general ESG factors into our investment decisions, my co-manager, Alex Illingworth, and I specifically avoid producers of fossil fuel and companies with high carbon emissions. We believe we are achieving a pragmatic balance — reflecting the environmental concerns of our investors without constraining the investment universe so much that it hampers performance. But should we abandon these point-blank exclusion policies?

I know it is easy for managers to use the excuse that they are investing in heavy emitters of carbon because you can make more change from within as an owner of a company. There is, however, some truth in that.

As a birdwatcher, I need no convincing that global warming is real. The spoonbills wintering on the north Norfolk coast instead of migrating to southern Europe are evidence that the world is changing. Welcome as the spoonbills are, I would prefer to see environmental policies which allow traditional birds such as cuckoos and turtle doves to recover.

Professional managers and DIY investors alike increasingly recognise that the best companies have effective policies to reduce their greenhouse gas emissions and that incorporating ESG considerations into investment decisions can help mitigate risk and enhance returns. It may even help save the planet. But not inevitably.

Hopefully, this year we will see better data and a more coherent direction on plans for a lower-carbon world. Whatever happens, my own resolutions for the year are to retain a healthy scepticism, watch valuations, be discerning and keep asking myself awkward questions about how I approach investing.

If I need a prompt as the year unfolds, I shall get out my binoculars and watch the spoonbills.

Majority of planned ETFs in Europe to have ESG tilt, PwC says

Hard lessons from the crypto crash