A few years BC (Before Covid) I received the ultimate put-down from Peter Jones, the entrepreneur and star of Dragons’ Den.

We’d met at Cipriani, my favourite hotel in Venice, over a Bellini — and these were the real deal with crushed fresh white peach juice and Prosecco.

I mused that having spent all the money in the world in Venice, my post-holiday austerity drive would begin by travelling home on easyJet.

Peter took a sip of his drink and replied: “I’m not looking to save money, I’m flying home private jet.”

If you had the choice, no one in their right mind would opt to travel on a commercial airline. Covid has helped the international elite justify the cost and convenience, with record numbers of private jet flights this year. Frankly, the biggest problem most rich people have now is securing a booking.

Unfortunately, flying cattle class comes as quite a shock after you have tasted the private jet experience.

My first time was back in my private equity days, when I went on a European property portfolio tour with a wealthy US investor. The expense was justified because time wasted was time not making money.

Using commercial flights, this trip would have taken a fortnight with complex logistics and expensive hotel bills. With the aid of a Cessna Citation, we were done in three days.

There’s something rather splendid about being chauffeur driven on to the tarmac right up to the steps of your plane in a car with blacked out windows. Very celeb

I’ve been fortunate to fly by private jet across the US, to a Scottish castle and to Le Mans as the guest of a team sponsor. That’s living the high life!

And yes, there’s something rather splendid about being chauffeur driven on to the tarmac right up to the steps of your plane in a car with blacked out windows. Very celeb.

Within 15 minutes, you’re off. There are no big queues to navigate, no boring crew announcements pointing at emergency exits to endure, nor unconvincing advice that if your plane nosedives that somehow the brace position is going to save you.

The seats are lavish; the pile of the carpet thick; the televisions big and flat (often appearing 007 style from under a table or behind a piece of art). The array of snacks is always epic, and the fizz is vintage.

The decor inside a private jet is somewhere between a smart, but slightly tasteless, living room and fantasy highflyer’s office. And the cost? A small jet like a Cessna Citation will set you back a cool £6m. The larger XLS, nearly £10m. If you want big league, splash out £40m on a Gulfstream.

And yes, you can save a few quid and buy them second-hand, but I’m told it’s the running costs you need to be wary of. By the time you’ve fuelled and crewed the thing, you’re well into seven-figure annual expenditure.

You don’t have to buy a jet. After all, if it floats or flies, rent it. A subscription to one of a range of providers that rent jets will do — although some currently have waiting lists.

You can cut your costs further by taking the empty flight back from a trip that’s already planned. That way, hopping over to Cannes could cost as little as £1,250 a seat.

For most European destinations we’re talking £3,000 to £6,000 (not much more than a first-class commercial flight) but transatlantic is a far costlier affair. You need a bigger plane and you won’t get much change from £16,000 to £18,000 per person each way. Ouch. But if you’re worried about the cost — or the environmental backlash — then private jets aren’t for you.

Travelling on commercial airlines has never been much fun, even if you turn left. Covid has magnified all the faff and time spent queueing, not to mention paranoia about anyone intruding on your personal space (or worse, coughing in the seat behind you). 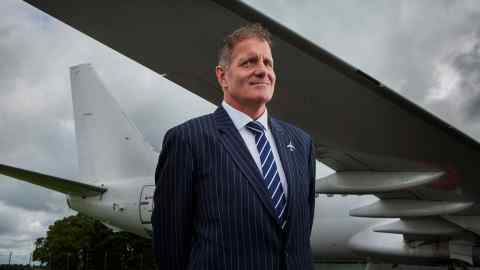 If you’ve got a gold card you can get into a lounge where the food is free, but frankly, if you had to pay for this stuff you’d ask for your money back. The only good thing is the alcohol. So as much as I love a private jet, unless someone else is paying, this is what I’m stuck with.

When I booked our pre-Christmas holiday to Antigua, my finger hovered over the two return business class seats with British Airways for £5,000, but eventually opted for a £700 return for two economy tickets (it’s usually that price for one).

Having just returned, I now know why the tickets cost nothing. The service was abominable, the food was ghastly and the seats were uncomfortable.

But hang on a sec. Should I be rushing to BC conclusions? I actually felt grateful we were able to travel. Yes, BA made a hash of things, but they did upgrade us to the dizzy heights of World Traveller Plus on the way home to apologise — and in a rare win of the carousel lottery, our bags came off the plane first on both legs of the journey.

Perhaps our aspirations should change too? In October 2020, BA appointed Sean Doyle to take over from the hapless Alex Cruz who turned the carrier from the World’s Favourite Airline to my last choice. On the face of it, the new chief executive hasn’t done much to revive the brand; its offer is confused and the tech remains clunky.

Although private jets are in short supply and flight prices on the up, BA has chosen to concentrate on the other end of the spectrum, launching a low-cost option called “BA Euroflyer” that will run out of Gatwick from March.

It’s hardly a new idea — remember Go from the late 1990s? (I loved the catchy theme). BA sold it to easyJet a few years after launch. The new Euroflyer fares start from just £39.

Perhaps no frills will be the new normal. From the irony of the world’s elite jetting into COP26 to tell the rest of us that we must do more to slow climate change to the Hollywood actor sending his jet halfway across the world to pick up cakes from his favourite LA bakery, if you fly private, you’ve got to be prepared to be a pariah.

Yet I cannot foresee the super-rich bucking this trend. If the money’s not a problem, they’ll be happy to pay for the convenience. For the rest of us, the argument to upgrade and spend on a different class of travel in the same vehicle is becoming less compelling.

Life used to be about the journey, not the destination. However, international airline travel is set to become more frustrating and less enjoyable no matter how much you spend. So I’m sticking to my Cipriani vow; you may as well save your cash on the journey and spend it when you get there.

James Max is a radio presenter and property expert. The views expressed are personal. Twitter: @thejamesmax