Private equity groups this year struck $42bn worth of deals in which they sold portfolio companies to their own funds, a sharp increase over 2020 in a once-niche type of transaction that can generate handsome payouts to executives.

The deals, known as “continuation fund” sales, involve a buyout group selling a company it has owned for several years to a new fund it has more recently raised. That allows it to return cash to earlier investors within the agreed timeframe, while keeping hold of a company that either has potential to grow or is proving difficult to sell.

Many buyout groups turned to such deals for the first time in the early days of the pandemic, when a freeze in dealmaking and stock market listings left them with few other exit routes, and have since ramped up their use.

Having spent the past few years raising their biggest-ever pools of cash for deals, private equity groups are under pressure to invest. Buying from their own funds offers an alternative opportunity as competition for external targets becomes increasingly fierce.

That prompted several to ask, “why should I have another [rival] private equity fund buy one of my best-performing companies from me and make the profits, when I could do that myself?” she said. “That’s really the ‘aha’ moment.”

This year’s $42bn deal total, calculated by Raymond James’ Cebile Capital unit, is a 180 per cent increase on the 2019 level, and 55 per cent above 2020. The figure represents the value of the stakes sold, plus any additional capital raised to inject into the companies.

Selling companies to their own funds also helps juice private equity groups’ fee income, because they can continue taking fees from the investors in the new fund that buys it, and in some cases from the portfolio company itself.

Critics have warned that conflicts of interest are inherent in the model and that it can be difficult to make sure a fair process takes place to agree a price.

US buyout group Clayton, Dubilier & Rice struck one of the year’s largest continuation fund deals this month when it sold part of its stake in Belron, a car windscreen repair company, to its own newer $4bn fund in a deal that valued the business at €21bn. 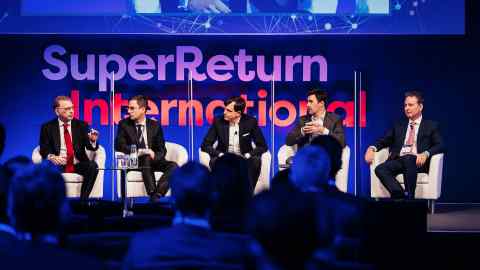 CD&R had already taken a bumper dividend from Belron this spring, funded by loading the company with additional debt, in one of the biggest dividend deals of its kind on record.

Continuation funds typically have a five-year lifespan and are backed by a group of external investors known as secondaries businesses, which raise money from pension and sovereign wealth funds to invest in the transactions.

“It’s potentially cannibalistic to M&A markets,” she said. “That’s a lot of [external] deals that will not be happening.”

IMF says Argentina bailout programme was ‘too fragile’ to succeed

Prev Next
7 Comments
Leave A Reply

Ocho wants to rethink (and rebrand) personal finance for…

You Need Mental Strength To Launch A Successful Side Hustle