Makhtar Diop was appointed this year as the first African head of the International Finance Corporation, the private-sector arm of the World Bank.

A former finance minister of Senegal and previously vice-president for infrastructure at the bank, Diop is expected to accelerate the IFC’s push to invest in sustainable development and projects that support gender equality. 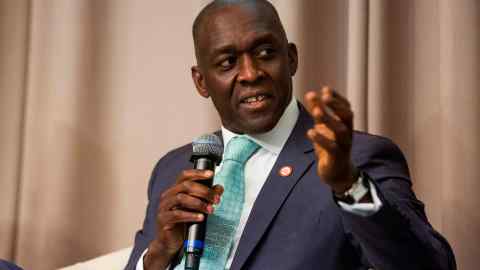 Although it is the commercial arm of the bank, the IFC has pivoted in recent years towards supporting projects in low-income countries and fragile states — many of them in Africa.

Diop says he wants to catalyse investments in small businesses and to help fund the digital connectivity required by start-ups, including fintechs that can help promote financial inclusion.

In an interview with the Financial Times, he laid out his plans for the IFC and his hopes for de-risking private-sector investment on the continent and reviving inclusive growth.

The following excerpts have been edited for clarity and brevity.

FT: How do you see the IFC’s role?

MD: We are creating markets in lower-income emerging economies so that we are really able to reach a segment of the economy that has been underfunded, and be supportive from the private sector side. That’s the number one thing I would like to do more of.

We are a leading institution on mobilisation — which means that, for each dollar that we put in from our IFC balance sheet, we are mobilising roughly one additional dollar. 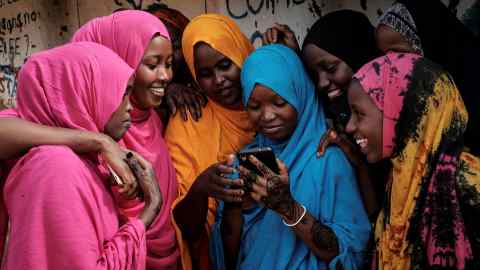 I want to move this ratio up. And one way I would like to do it is to mobilise more money from institutional investors, which are sitting on a lot of liquidity with some placed in investments with low returns — like US Treasury bills.

It’s not an easy task because, last year, we have seen a fall in foreign direct investment. So the appetite of the capital markets for emerging economies, because of the current crisis, has decreased. But, in spite of that, we have been investing.

FT: How can you mobilise more money?

MD: An example is the platform we’ve been creating for solar energy. We have a template where we are reducing the complexity of the project design, making it simpler for the investors, for the developers — and more predictable for the government.

That allows us to mobilise more resources, because one of the obstacles that you have in emerging economies is the time it takes to prepare a project. So you can say, “OK, I understand how easy it is to invest in solar energy in Africa. I don’t have to reinvent the wheel.”

FT: How has the investment environment changed in Africa?

MD: I think this world, today, is very different from the world as it was 5 or 10 years ago. The profit motive is not sufficient now to mobilise the private sector.

FT: Does the IFC have a strategy to steer investors towards these kinds of projects, particularly environmentally sustainable ones?

Greening a company in the Central African Republic is another story. And that’s why the IFC is so special, because a lot of the other institutions we are talking about are not in those markets.

Trying to create economic opportunity without simultaneously addressing climate change is like trying to paddle a boat without an oar. It’s possible. But I don’t think that you go very far.

We are working on many fronts of the energy transition. We have been one of the leaders in terms of investing in clean energy in Africa.

Trying to create economic opportunity without simultaneously addressing climate change is like trying to paddle a boat without an oar. It’s possible. But I don’t think that you go very far.

FT: You’ve been investing in digital connectivity. Why is this so important?

MD: We cannot have a recovery today without having an economy that is linked digitally — meaning service delivery, and health services like telemedicine.

If, today, we don’t invest, we will not be able to develop our human capital. If we are saying that the next Bill Gates will come from Africa, we need to have connectivity.

FT: Do you have other priorities?

MD: We really need to do something on trade finance. We would like to have more trade within Africa. Geopolitics is going in such a way that it might become more complicated in coming years. So, developing the subregional value chain would be an important element of the resilience of African economies [in areas like vaccines and pharmaceutical production, which the IFC has supported].

A cosmic theme before Christmas

What Effect Will Suspending My Social Security Benefit And Working More Have?