Blackstone is close to acquiring a stake in one of New York’s newest office towers, in a deal that would value the 70-storey skyscraper at $2.85bn and signal confidence that the crisis-hit city will remain the nexus of corporate America.

Built on the eve of the pandemic, One Manhattan West abuts the giant Hudson Yards redevelopment and has sweeping views of the Hudson river.

Canadian investment group Brookfield Asset Management began picking up land for the development decades ago, when it acquired assets from the failed property conglomerate ​​Olympia & York.

The building opened in September with blue-chip tenants including accountancy group EY, law firm Skadden Arps and the National Hockey League. Leases run for an average term of 16 years.

As well as speaking to Blackstone’s bullish outlook on New York, the deal underscores how one of the world’s biggest alternative asset managers is trying to appeal to a broader range of investors as it seeks new sources of growth.

The $731bn private capital group is set to acquire a 49 per cent stake in the Brookfield-controlled building through its real estate investment trust, called Breit, according to two people familiar with the situation. The Wall Street Journal first reported the deal negotiations.

Unlike Blackstone’s buyout funds, which mainly accept investments from large institutions such as pension funds, Breit is geared towards wealthy individual investors, and accepts initial investments as small as $2,500.

One Manhattan West is among a select group of new office towers that are emerging from the pandemic in good financial shape, drawing in top-paying tenants by promising modern amenities and proximity to transit hubs.

One Vanderbilt, a 93-storey tower that opened in midtown Manhattan last year, has already surpassed 90 per cent occupancy, the Financial Times reported in October.

Technology group Google announced in September that it was paying $2.1bn to buy out its former landlord at St John’s Terminal, an airy office complex built on the site of a former rail freight yard adjacent to the High Line public park. 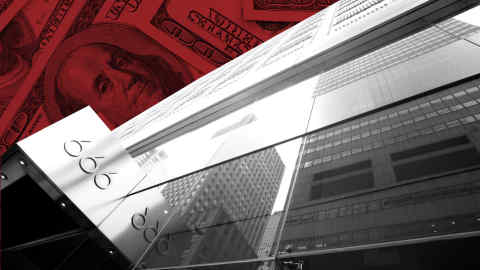 Yet even as the city’s newest developments draw in investment capital and tenants, older buildings have suffered.

Some have divided their floors into smaller units and are occupied by midsized businesses that have been reluctant to pay for expensive office space with employees increasingly working from home.

Dating from the early era of skyscraper construction, most have structural features that limit elevator capacity, obstruct views or make it more difficult to install modern amenities.

Even the most prestigious buildings have suffered. Shares in Empire State Realty Trust, owner of the art deco masterpiece that is New York’s most famous skyscraper, have fallen 35 per cent since the coronavirus arrived in the city in February last year.

Prev Next
87 Comments
Leave A Reply