The EU is changing its rules to allow Britain to continue supplying medicines to Northern Ireland as a first step in solving a dispute over post-Brexit trade in the region.

Brussels will legislate to permit UK-approved medicines to enter Northern Ireland to avoid a possible shortage due to post-Brexit regulations.

The EU move was given a cautious welcome by Lord David Frost following meetings with the EU on Friday, but the UK Brexit negotiator warned that the two sides still had a long way to go to resolve their differences.

The solution on medicines, which government officials privately acknowledged will ensure that Northern Ireland has the same access to medicines as the rest of the UK, marked a positive end to several months of at-times fractious negotiations that have poisoned the wider EU-UK relationships.

But despite the progress as the two sides broke for Christmas, Frost cautioned that they were still far apart on several key issues raised by the so-called Northern Ireland protocol, which governs trade in the region.

He added that solutions would need to be found “urgently” for Northern Ireland in the new year ahead of politically sensitive local elections in May, and urged the EU towards more creative solutions.

The two sides continue to disagree on how to reduce bureaucratic friction on the Irish Sea border. This was created when Northern Ireland was left behind in the EU single market for goods after Brexit in order to avoid the return of a hard trade border on the island of Ireland. 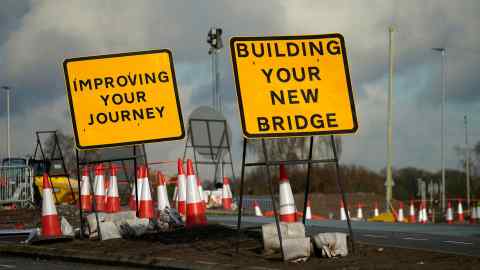 Despite agreeing to the arrangement, Frost has since warned that the level of customs checks on the Irish Sea border is “not sustainable”, arguing it has destabilised the region’s politics and made trade too complex and expensive for some smaller companies in Great Britain wanting to send goods to Northern Ireland.

“I do not believe that the negotiations are yet close to delivering outcomes which can genuinely solve the problems presented by the protocol,” he said in a statement, adding it was “disappointing” a comprehensive deal had not been possible this year.

Frost wants drastic changes to the operation of the Northern Ireland protocol. But this week he dropped his demand to remove the oversight of the European Court of Justice from the protocol and has offered to agree to an interim deal on the most pressing issues, deferring others until later. The concessions have convinced many EU diplomats that the UK is seeking a deal.

Maros Sefcovic, the EU Brexit commissioner, told reporters in Brussels that the agreement on medicines showed “the protocol has the flexibility to work on the ground. We must carry this momentum into the other areas of discussion.”

Frost has suggested an independent arbitration system to manage disputes over the implementation of the protocol that would keep EU judges at one remove but still allow them oversight of matters of EU law. But Sefcovic on Friday dismissed the idea, saying the UK should stick to what it had signed upon leaving the bloc.

“Without the ECJ you cannot have access to the single market,” he said. He also claimed the protocol was working “to the benefit of Northern Ireland”, citing increased investment and a growing amount of local produce on supermarket shelves.

Talks will resume in early January, with Frost and Sefcovic due to meet again on January 14.