Finance industry sceptical over FCA plan to shake up rules


A planned overhaul of consumer protection by the UK’s financial regulator is “theoretical and woolly” and may go beyond what it can deliver, consumer groups and financial services companies have warned.

Nikhil Rathi, chief executive of the Financial Conduct Authority, has said a new set of rules called the “consumer duty” will be one of the agency’s top priorities, setting tougher requirements on firms to ensure they act in the interests of their customers.

But industry and consumer groups expressed doubts that the FCA’s reformulated rules will succeed in its ambition to “fundamentally shift the mindset” at regulated financial services groups, such as insurers, banks and investment providers.

“The consumer duty gives a really good sense of direction. But I have serious doubts about whether the FCA can actually deliver on this,” said Mick McAteer, co-director of the Financial Inclusion Centre, a not-for-profit think-tank.

McAteer, a former FCA board member, said one major weakness is that firms will not be required to compile regular and consistent reports on their compliance with the new standards. “It’s going to be very difficult to know whether or not this is actually working,” he said.

“The FCA has put significant stock in the consumer duty being fundamental to its regulatory and supervisory approach,” said Fassam, but the draft standards are “somewhat theoretical and woolly”.

Rathi is seeking to reinvigorate the FCA, prevent financial scandals, and tackle the persistent complaints that some UK firms levy excessive fees for substandard service.

The draft rules published by the watchdog this week will raise the “standard of care” on financial firms, the FCA said, going beyond current expectations that firms “treat customers fairly”. The new approach asks companies to put themselves in their clients’ shoes and requires “all firms to focus on good customer outcomes”.

The regulator said it would increase its scrutiny of areas such as so-called “sludge practices” aimed at discouraging customers from switching out of sub-par products, and marketing tactics that lead clients towards unsuitable options, alongside complex charges and shoddy customer service.

However, Rathi hinted that protections under the consumer duty would explicitly exclude crypto assets. Speaking to MPs on the Commons Treasury select committee on Wednesday he said the FCA needed to draw a “pretty clear line on where . . . compensation should be payable”.

The FCA chief said that, without prejudice to the outcome of the consumer duty consultation, “I would suggest that we simply say that anything that is crypto-related should not be entitled to compensation, so that consumers are clear on that.”

Financial services companies broadly welcomed the FCA’s emphasis on results for customers, but said the regulator needed to focus on enforcing existing standards rather than rewriting the rule book.

“The inconvenient truth is that the majority of ‘bad’ actors in financial services either flout existing rules entirely or take a slapdash approach to treating customers fairly,” said Tom Selby, head of retirement policy at investment brokerage AJ Bell.

“The regulator says it plans to be more assertive in dealing with firms who do the wrong thing — this will be crucial in delivering improved outcomes for consumers.”

UK Finance, which represents banks, said: “A number of questions remain regarding whether the consumer duty is the best means of achieving the FCA’s aims, as well as the timescales for implementation.” 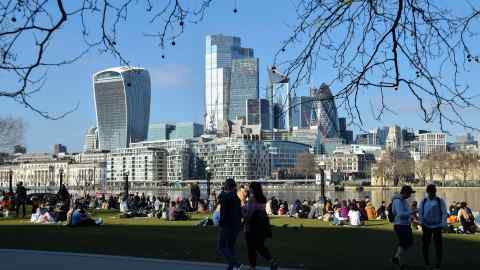 Consumer advocates also welcomed the spirit of the FCA rules, but questioned whether they would succeed in holding firms to account.

McAteer said the fresh emphasis on testing the suitability of new products and holding company bosses accountable “could be a really positive step” but that “it all comes down to how it’s supervised and enforced”.

One area where the new rules could bite is exit fees, which the FCA pointed to as potentially “​​discourag[ing] consumers from leaving products or services that are not right for them”.

“Exit fees are a recipe for rip-offs,” said Moira O’Neill, head of personal finance at Interactive Investor, the fund supermarket. “That said, we’re alarmed to see the regulator single out ‘unreasonable’ exit fees — all exit fees are unreasonable.”

Some personal finance campaigners were more optimistic that the new rules could make a difference. Martin Lewis, founder of financial information site MoneySavingExpert.com, who campaigned for the new standards, said the switch to a “proactive” duty to serve customer best interests was one of the biggest regulatory shifts in decades.

“This is a really radical shake-up. I’m quite surprised the FCA has been brave enough to do it, but I’m very glad they have,” Lewis said on ITV’s Good Morning Britain. For example, Lewis said under the new rules a bank would be expected to notify a customer who was getting a poor rate on their savings account and encourage them to switch to a better one.

Financial firms expressed relief that the FCA backed away from measures that would let customers take companies to court for breaches of the new duty. Steven Cameron, pensions director at Aegon, said he “welcomed” the decision not to introduce the right to sue, “which would have created further complexity and uncertainty”.

The 5 Ways To Maximize Your Retirement Income From Social Security