Banks to be forced to offer scam victims compensation


UK banks will be forced to offer refunds to blameless victims of “push payment” scams under government plans for new legislation to tackle the growing menace of financial fraud.

Scams have surged since the pandemic, with a sharp rise in authorised push payment (APP) fraud, where people are tricked into sending their money to accounts controlled by criminals.

Ministers pledged on Thursday to beef up the powers of the Payment Systems Regulator (PSR), which sets rules for banks and other payment service providers, but which has said it has limited scope to force banks to take action on reimbursement.

John Glen, economic secretary to the Treasury, said the government would “legislate to address any barriers to regulatory action at the earliest opportunity”.

“The government’s position is that liability and reimbursement requirements on firms need to be clear so that customers are suitably protected.” 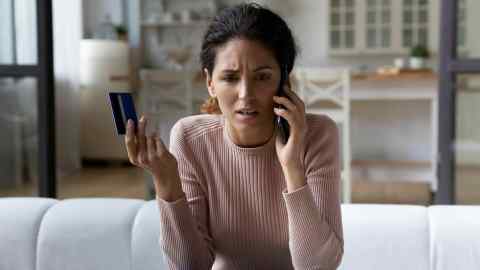 Most high street banks are already signatories to a voluntary code, set up in May 2019 to combat fraud. This has improved refund rates for victims of push payment scams, where they have not acted with “gross negligence” or knowingly handed their money to a criminal. TSB has offered customers a fraud refund guarantee since April 2019.

However, the code has been inconsistently applied by different banks and the average reimbursement rate remains at less than 50 per cent since its introduction. The PSR said banks could do more to help those defrauded of their savings. “It is unlikely that victims have not acted appropriately in 50 per cent of cases.”

Anabel Hoult, chief executive of consumer group Which?, said the Treasury announcement was “a huge win for consumers”.

“People are still losing life-changing sums of money every day, so the Treasury must move swiftly towards introducing the necessary legislation.”

The mandatory reimbursement rules were among a package of measures set out by the PSR in its consultation document published on Thursday. It wants the 12 largest banking groups to publish performance data on APP scams, including reimbursement levels for victims. It is also looking to payment providers to improve their “intelligence sharing” on risky payments.

“We expect to see progress on this and stand ready to act if needed,” the PSR said. Its consultation runs until January 22 2022.

UK Finance, the banking industry body, said it had called for legislation on a regulated code for consumer protections and welcomed the announcement from the Treasury. But it also pointed the finger at organisations outside the payments system — such as social media companies and search websites — in fuelling scams.

Katy Worobec, managing director of economic crime at UK Finance, said: “As the PSR recognises, other industries have a key role to play in tackling fraud, which is why it’s so important that there is co-ordinated action from government and other sectors to tackle what is now a national security threat. It’s also why we believe any fraud data should highlight the external drivers of fraud, such as data breaches, social media and other online platforms.”

Should you invest in a startup?

Prev Next
110 Comments
Leave A Reply