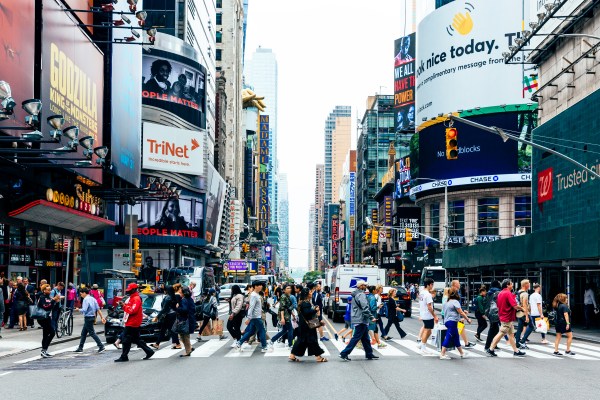 Zolve, a neobanking startup that aims to help immigrants in the U.S. gain access to financial services, said on Wednesday it has raised $40 million in a new financing round as it begins to roll out its offerings.

Partners of DST Global led the Bangalore-headquartered startup’s Series A financing round. The round, which values the 10-month-old startup at $210 million and brings its all-time raise to $55 million, also saw participation from Tiger Global and Alkeon Capital and existing investors Lightspeed Venture Partners and Accel.

Tens of thousands of students and working professionals leave India for the U.S. each year to pursue higher education and for work. Even after spending months in a new country, they struggle to get a credit card from local banks, and end up paying a premium to access a range of other financial services.

Raghunandan G, a high-profile Indian entrepreneur who sold his previous startup to ride-hailing giant Ola, set out to solve this problem for Indians earlier this year.

Zolve rolled out its credit card to 2,000 customers (and amassed a waiting list that has surpassed 70,000) last month and immediately identified two insights, he said in an interview with TechCrunch.

Not only were the customers extensively using Zolve’s services and paying on time, he said, but the startup had also organically attracted demands from individuals who had immigrated from other nations such as Australia, United Kingdom, Canada and Germany. 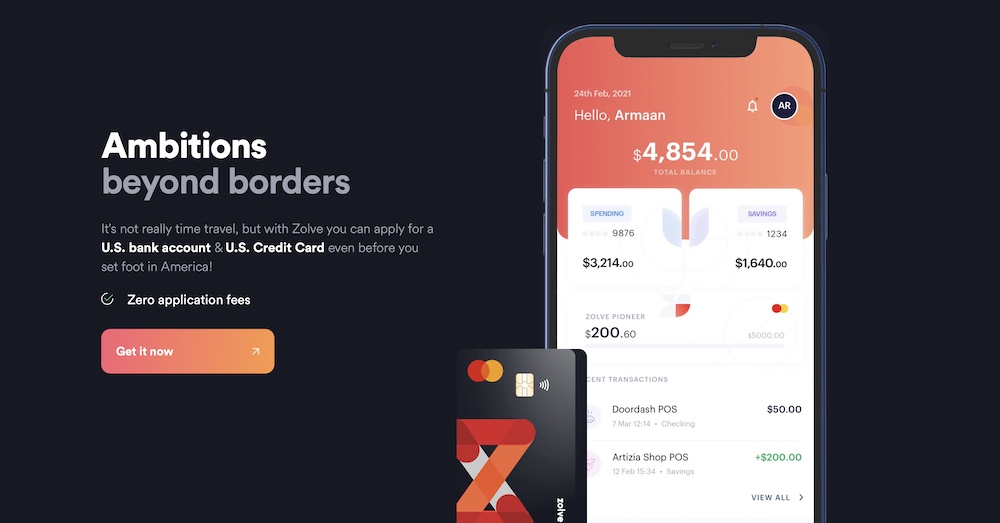 “Our basic value proposition is a credit card. Other than a credit card, you also get a local bank account and a debit card. We never expected our customers to deposit money to their bank accounts. And we thought even if someone deposits money, it would probably be a few hundred or thousand dollars. What we saw is that people are depositing tens of thousands of dollars and using this account as their primary bank account,” he said. “We are currently sitting on a deposit of $2 million.”

The logical result of this early traction is that Zolve now plans to expand its offerings to immigrants from several nations early next year, he said.

Zolve currently works with banks in the U.S. and India to provide consumers access to financial products seamlessly — without paying any premium or coughing up any security deposit. It underwrites the risks, which has enabled banks in foreign countries to extend their services to Zolve customers.

Working with banks in India has helped Zolve gain clarity on the individuals and do the underwriting. The startup now plans to replicate this model for customers from other nations.

Raghunandan said the startup was fortunate enough to identify and bring on-board the investors it wanted. He pointed out that many of the partners at DST Global are immigrants themselves and the three new investors have backed several startups that operate in similar spaces.

“Access to tailored and fair financial products has a direct and meaningful impact on people’s lives. We’re incredibly excited to have invested in Zolve, and to support Raghu’s vision of bringing world-class financial services products and experiences to immigrants in the US and other markets,” said Bejul Somaia, partner at Lightspeed, in a statement.

“The company’s rapid acceleration, especially around customer acquisition and usage, is a reflection of the team’s execution capability and significant unmet needs of Zolve’s target customer base. We’re excited for what the future holds and have high confidence in Zolve’s future success.”

Zolve also said it plans to aggressively expand its team. The startup’s headcount was just five earlier this year. It has since grown to 100, and now the startup is looking to hire 150 people across several roles.

So, when is the SoftBank Execution Fund III dropping?