Time to give Save As You Earn a boost


Covid-19 had one welcome side effect as working from home and pandemic-blighted share prices boosted people’s interest in the equity market.

While some opted for meme stocks and day trading, others had another look at their company’s employee share schemes — taking advantage of the extra time many people spent at home to think about investing and the sharp drop in equity prices in the early months of the pandemic.

Employees had a chance to invest in the dip in their companies’ shares through tax-efficient investment plans, called Save as You Earn (SAYE) and Share Incentive Plan schemes.

The government should capitalise on this surge of interest in SAYE and Share Incentive Plans — and the general increase in enthusiasm for the stock market — to revitalise these schemes and lift out-of-date investment ceilings that have been left behind by inflation.

There is, after all, widespread agreement in industry that share ownership boosts employee motivation, loyalty and performance. And even greater accord on the point that productivity requires a recharge as the economy emerges from the pandemic.

SAYE schemes offer employees the chance to make monthly savings over three or five years which are invested in their company’s shares at a preset price known as the “option” or offer price. The employer can offer a discount of up to 20 per cent against the actual market price. 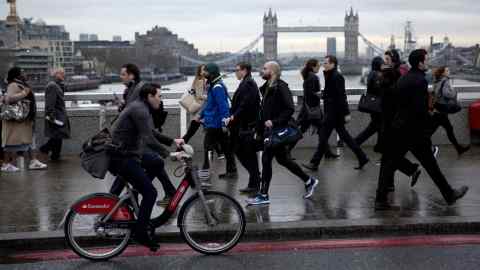 With Share Incentive Plans, participants do not receive a discount. But contributions of up to £150 per month are deducted from gross pay, as with pension contributions. This makes these plans more valuable for higher-rate taxpayers.

Sometimes regarded as the poor relation of SAYE, SIPs are more complicated. They allow workers to make a maximum investment of up to £1,800 a year, compared with the SAYE limit of £6,000 a year over three or five years. As well as the tax relief, SIP savers are also commonly incentivised by free and matching shares from their employer, up to £3,600 in value annually.

Some 550,590 employees — almost 30 per cent of those eligible — started paying into SAYE schemes last year, taking the total number of accounts to 1.4m, according to ProShare, a government-backed group supporting wider employee share ownership. The new commitments were a marked increase on the 486,112 who signed up in 2019. SIP investors totalled 946,905 in 2020.

The bargain prices of many shares in 2020 after the pandemic market plunge encouraged many SAYE scheme employees who were saving at higher option prices from previous years to cancel those plans and start anew to benefit from low prices.

The current average investment levels are well below these numbers — at £146.06 monthly for SAYE and £72.38 for SIP. But those averages mask plenty of savers who would put away more if they could.

Clearly, the real value of these limits for savings and free shares has fallen in the past six years because of inflation. It will probably fall faster in the next few years as inflation rises, with the Bank of England warning that it could hit 5 per cent in 2022.

A Conservative growth-oriented enterprise-backing government should take the opportunity to raise the savings limits.

Share Incentive Plans have another problem: employees have to stay with the company for five years to start realising the full tax efficiencies of the plan. And if an employee resigns or is dismissed, the tax and national insurance become due on any SIP shares held for less than five years.

ProShare has campaigned for the time limit to be reduced to three years to make SIPs more attractive to younger employees, who may choose to move to another company to gain promotion.

Such changes are long overdue. With the development of a more mobile employment market, employee schemes need to adapt to the times. Murray Tompsett, head of ProShare, says: “With the UK’s more mobile workforce switching jobs much more frequently than before, committing to at least five years in a share plan can be seen as stifling ambition.

“These share schemes are valued by companies, not just because they lead to a far more engaged workforce, but research also shows that all-employee share plans have a significant impact on productivity, up to 4.1 per cent long run improvement in performance for companies with an SAYE in place.”

Tompsett administered share plans before he joined ProShare. One building company’s SAYE resulted in gains for some participants big enough for a deposit on a house for themselves or their children.

Having £250 taken from his monthly salary as a sales assistant for a high street retailer was tough for FT reader Gary W, but he knew it gave him a chance to buy shares at a discount or to save £9,000 towards his first home. He more than doubled his money and ended up with more than £18,000. He also paid no tax because the £9,000-plus gain was less than the annual exemption for capital gains tax.

“I did not go into the next offering because the share price was too high, but the scheme got me used to saving and since then I have had regular saver accounts at my bank paying 5 per cent, and have put money into a share Isa.

“The good thing was that the money was taken from my pay and while it was tough, I could not do anything about it unless I cashed in the money and lost the chance to make a profit.”

Tompsett says: “For some participants, share schemes are not only their first investment in shares but might be their very first regular savings scheme. And it is good to see them go on to longer term investments after a good experience.”

What’s not to like? Ministers need to urgently update those limits and ease the conditions.

Lindsay Cook is co-author of “Money Fight Club: Saving Money One Punch at a Time”, published by Harriman House. If you have a problem for the Money Mentor, email money.mentor@ft.com

How to choose an investment trust

Surf’s up at the auction house

Slowdown ahead for UK housing market